Before we do that, you need to understand how data centers evolved and the disadvantages of the three-layer hierarchical architecture.

Let’s start with a short history lesson of how the three-layer architecture evolved throughout the years.

Here’s an overview of the three-layer model: 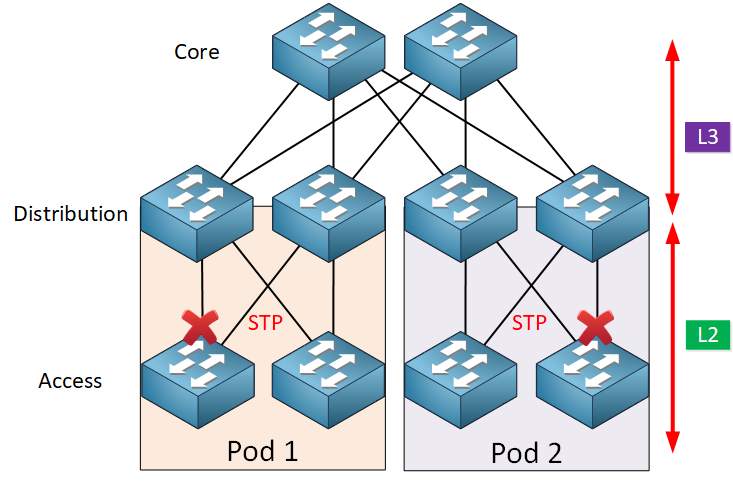 For over a decade, we used this architecture with the three layers:

For a detailed explanation, you can take a look at the campus network design lesson.

To overcome the limitations of STP, Cisco introduced virtual-port-channels (vPC) in 2010. vPCs offer active-active uplinks from the access layer switches to the distribution layer switches. vPCs allow us to use all available bandwidth. 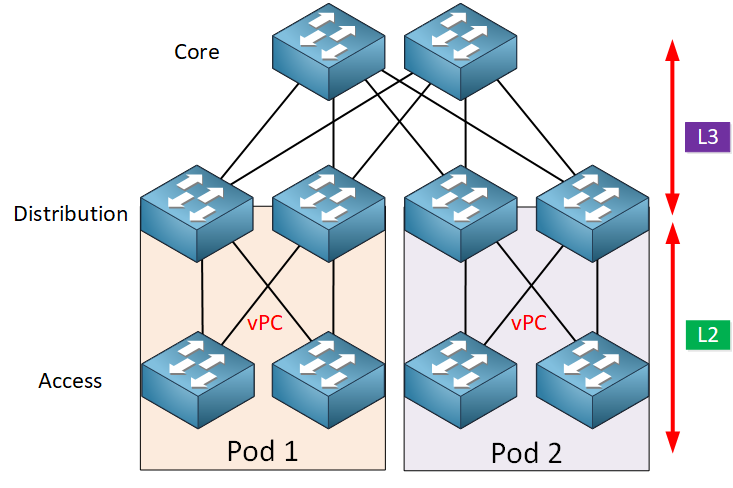 Because of virtualization, we can now pool the computing, networking, and storage resources in a pod into virtual resources. Pooling these resources often requires large L2 domains that span from the access layer up to the core layer. 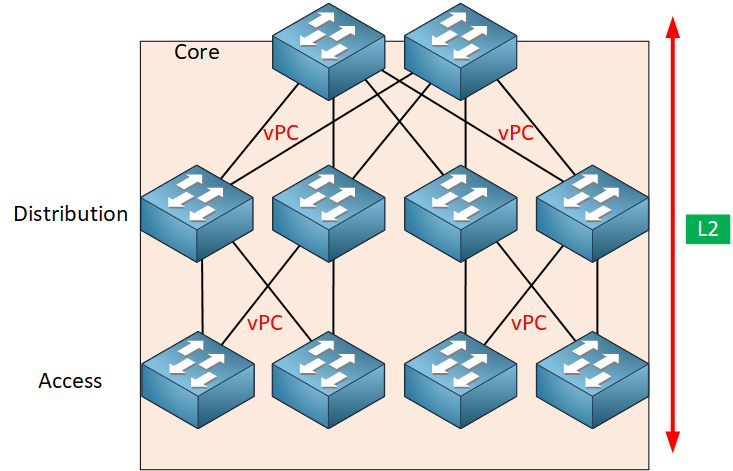 With these large L2 domains that span across the entire network, we can create a flexible resource pool and reallocate resources where needed.

A side effect of having resources spread out over the network instead of within a single pod is that the amount of east-west traffic increases. 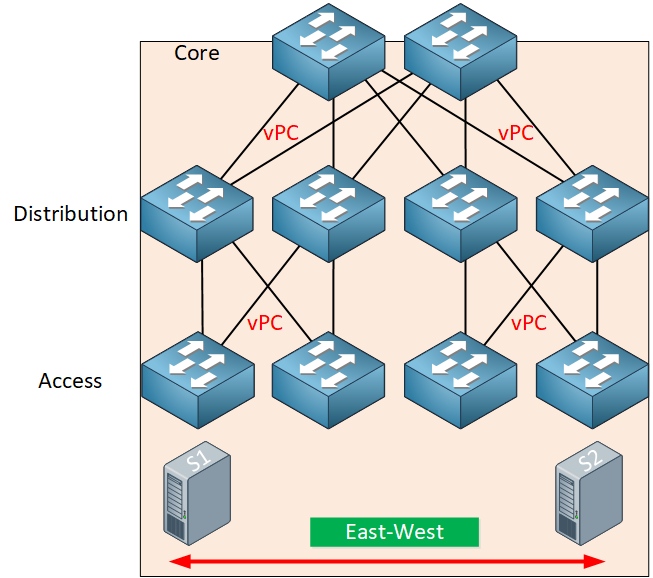 Traffic between the two servers has to go through all layers of our network.

Another option is to use routing everywhere. The advantages of a routed topology are that we can use all links for forwarding and routing protocols converge faster than STP. If we require L2 connectivity between servers in different pods, we can use a VXLAN overlay network if needed. 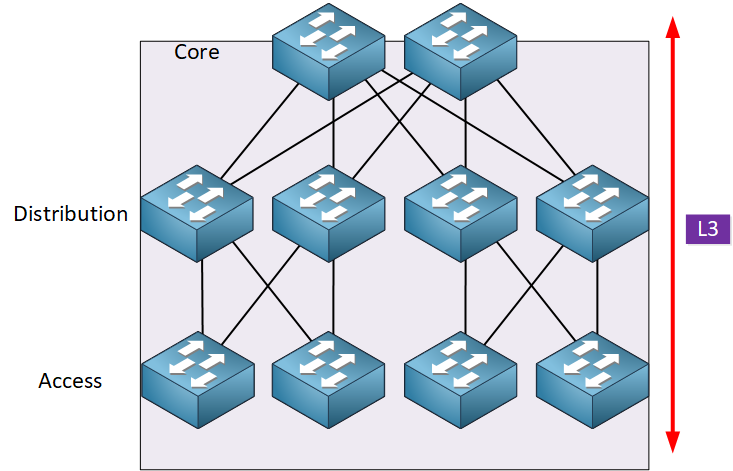 The three-layer hierarchical architecture has some advantages and disadvantages. Let’s take a look.

This model offers the following advantages:

There are, however, some disadvantages, which is why the spine-leaf architecture is gaining popularity.

The spine-leaf architecture was developed to overcome the limitations of the three-tier architecture. It offers high bandwidth, low latency, and non-blocking server-to-server connectivity for data centers that primarily have east-west traffic flows. Here’s what it looks like:

28 more replies! Ask a question or join the discussion by visiting our Community Forum