Before DHCP, there were other protocols to assign an IP address to a host. First, there was RARP (Reverse ARP), later came BOOTP (Bootstrap Protocol).


RARP is an old protocol and we don’t use it anymore to assign IP addresses to hosts. It has been replaced by BOOTP and later by DHCP.

RARP was used by old diskless workstations. These old hosts don’t have a disk so there is nothing to store an IP address on. They do have a hardcoded MAC address though. When the workstation starts, it broadcasts a RARP request with its own MAC address.

Here’s what this process looks like. The host does a RARP request:

And the RARP server replies with the RARP reply: 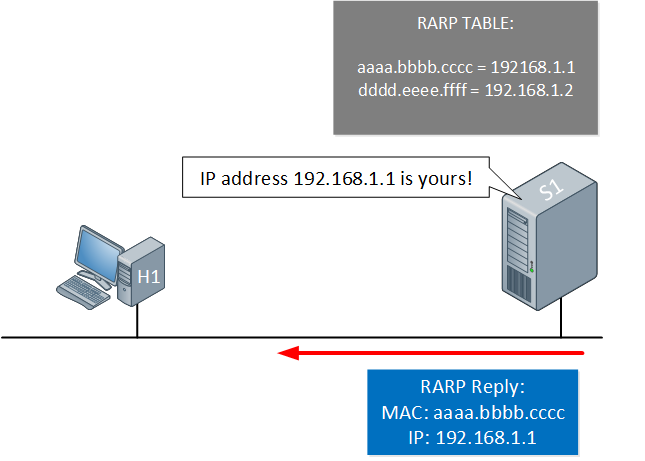 RARP is a simple protocol and has some disadvantages: