IS-IS is an IGP, link-state routing protocol, similar to OSPF. It forms neighbor adjacencies, has areas, exchanges link-state packets, builds a link-state database and runs the Dijkstra SPF algorithm to find the best path to each destination, which is installed in the routing table.

Back when OSPF and IS-IS were developed, IP wasn’t the dominant protocol that it is today. When people think of OSI they automatically think of the OSI-model but back then, ISO (International Organization for Standardization) also created something similar to IP and UDP called CLNP (Connectionless-mode Network Protocol) and CLNS (Connectionless-mode Network Service).

Later, IS-IS was adapted so that it could also route IP and is then called integrated IS-IS.

Nowadays, we use IP everywhere so you might wonder why we care about this. When working with IS-IS, you will see some references to CLNP/CLNS here and there. For example, when configuring a router ID (called a Network Entity Title), it has to be configured with the NSAP (Network Service Access Point Address) format. NSAP is similar to an IP address, and it is not automatically configured so we have to understand its format.

IS-IS also rides directly on top of an Ethernet header, using its own header format. It’s not encapsulated in an IP packet like other routing protocols (OSPF and EIGRP) are:

IS-IS is a highly scalable routing protocol, which is why it is used often on large service provider network backbones. In this lesson I will give you an overview of what IS-IS is and how it works.

IS-IS uses different areas where the entire router sits in an area, not just one of its interfaces like with OSPF. There is no backbone area, the backbone is formed by a string of routers.

There are three types of routers:

Level 1-2 is the default on Cisco IOS routers.

Let’s look at some examples to help you visualize this. Let’s start with a single area: 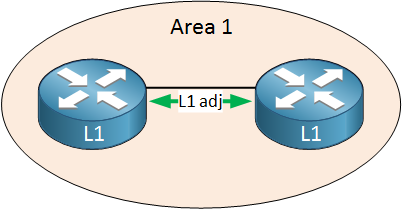 Level 1  routers only know what the local area looks like. If a level 1 router wants to reach something outside of its area, it has to use a level 2 router. In each area, we configure one router as a level 1-2 router.

Here is one more example, a larger topology that gives a good overview of the different router levels and adjacencies:

Above you see two interesting things: 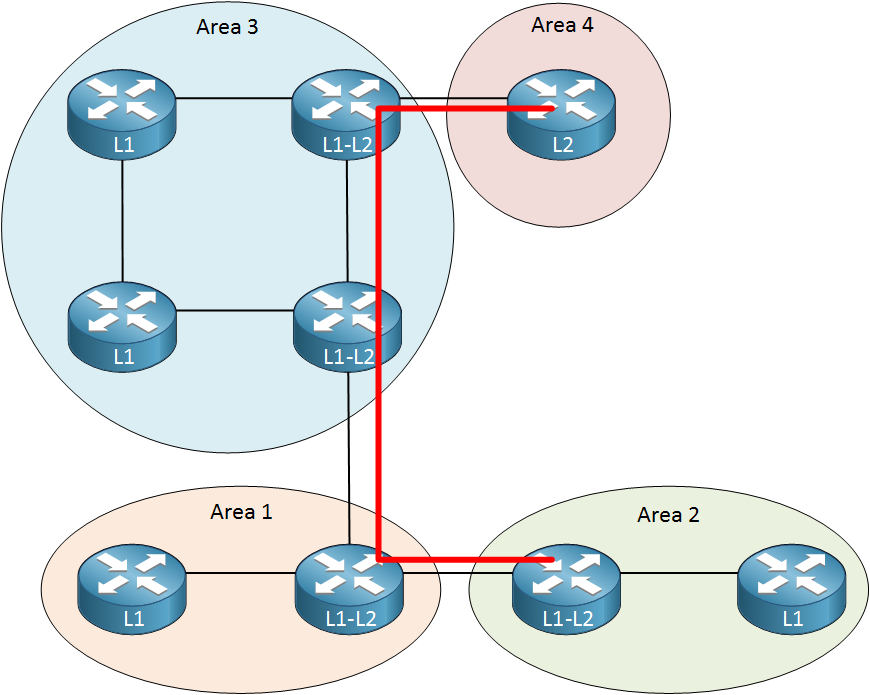 Let’s talk about how IS-IS exchanges routing information. It uses LSPs (Link State Packet) which is similar to OSPF’s LSAs. In the LSP you will find:

Don’t confuse the LSP with MPLS’ LSP (Label Switched Path), they use the same acronym.

Let’s take a closer look at how IS-IS uses LSPs to exchange routing information. Let’s start with two routers that are configured to use IS-IS but there is no neighbor adjacency yet:

Each router will create an LSP (illustrated with the green jigsaw) . In the LSP we find the directly connected networks that are advertised in IS-IS. A few seconds later, these routes become neighbors:

R1 and R2 are in the same area so they will establish a level 1 neighbor adjacency. These routers will flood their LSPs within the area so that everyone knows about all LSPs in the area. The two routers add each others LSP in their database. These routers can now run SPF on their level 1 database and figure out the shortest path to each destination.

IS-IS uses something called the DIS / Pseudonode which is similar to OSPF’s DR/BDR to reduce unneeded flooding.

Let’s say we want to connect area 12 to another area, this means we need a level 2 router. Let’s convert R2 into a level 1-2 router so I can show you what will happen. At this moment, we start with a clean slate so there is no neighbor adjacency between R1 and R2: 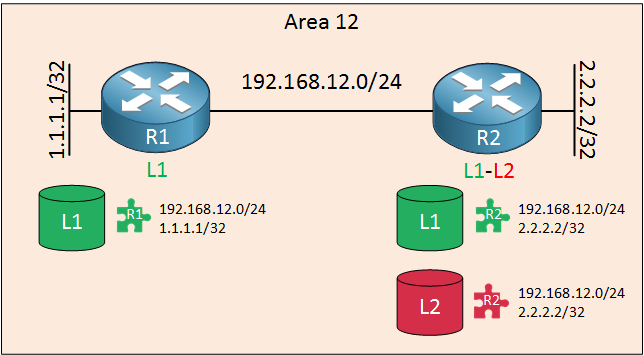 Each IS-IS router only creates a single LSP for each level. This LSP carries multiple prefixes. 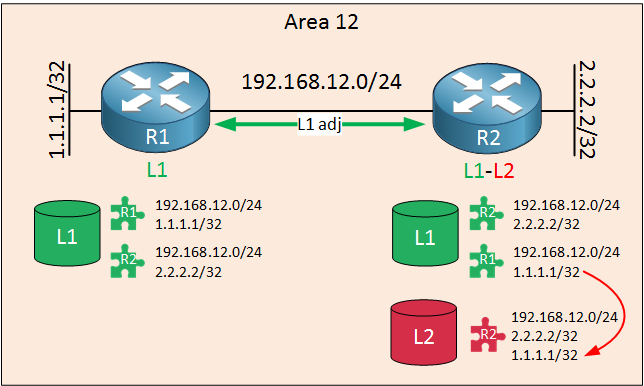 Let’s continue this story. I will add a second area now, similar to area 12. There is no connection yet between the two areas but the routers have formed a level 1 neighbor adjacency within the area: 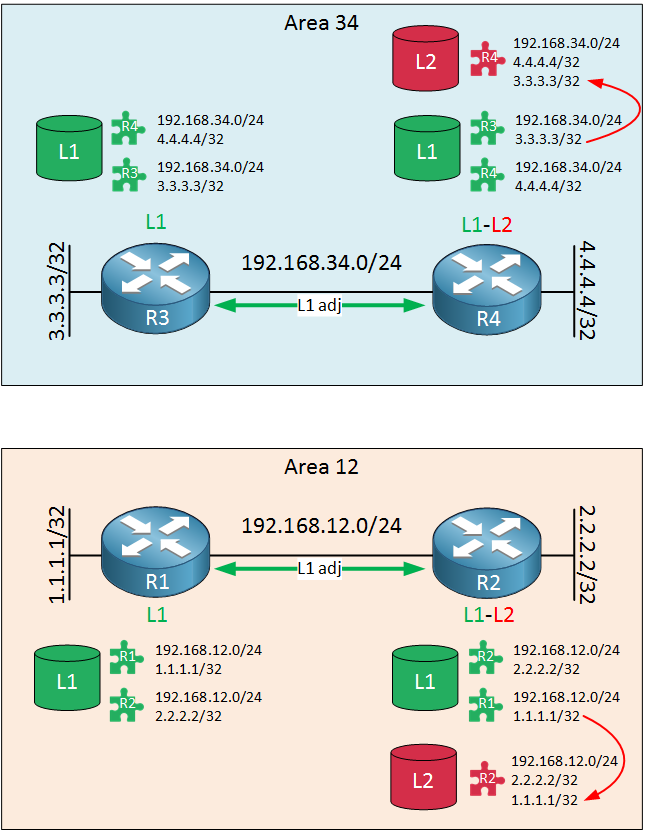 Now we will create a connection between the two areas and enable IS-IS on this link Something exciting will happen:

56 more replies! Ask a question or join the discussion by visiting our Community Forum