When a queue is full, there is no room for any more packets and the router drops packets that should have been queued. This is called tail drop. 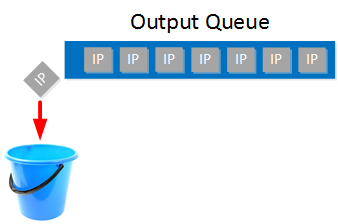 The problem with this behavior of TCP is that you probably don’t have just one TCP connection but multiple TCP connections. When the queue is full and tail drop occurs, everything is discarded and all TCP connections use slow start. We call this TCP global synchronization and it looks like this:

Here’s how to visualize this: 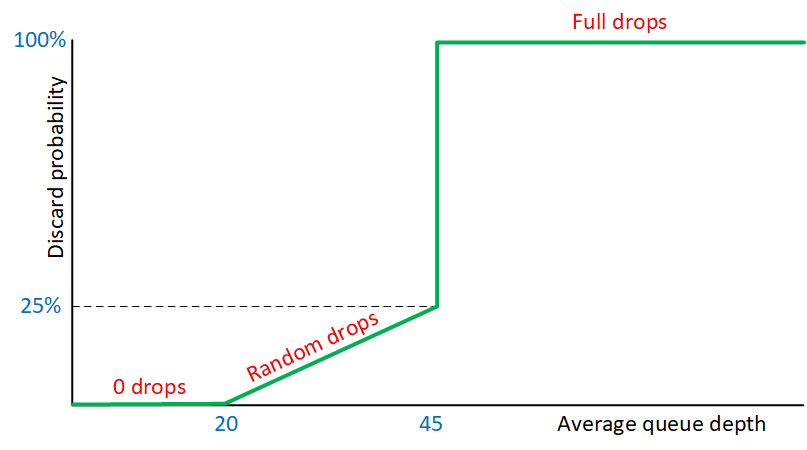 This graph has an X and Y axis:

What do the different numbers mean? WRED uses a traffic profile for the packet drop probability based on the following three items:

These values can be configured of course.

Here’s how it works:

We can summarize this in a table:

Dropping all packets when we hit an artificial maximum threshold might sound weird. How is that any better than “regular” tail drop?

Some packets are more important than others so instead of dropping completely random packets, we use different traffic profiles for different packets. We can discard packets based on criteria like the CoS, IP Precedence, DSCP, and some other options.

Here is a quick example of two traffic profiles: 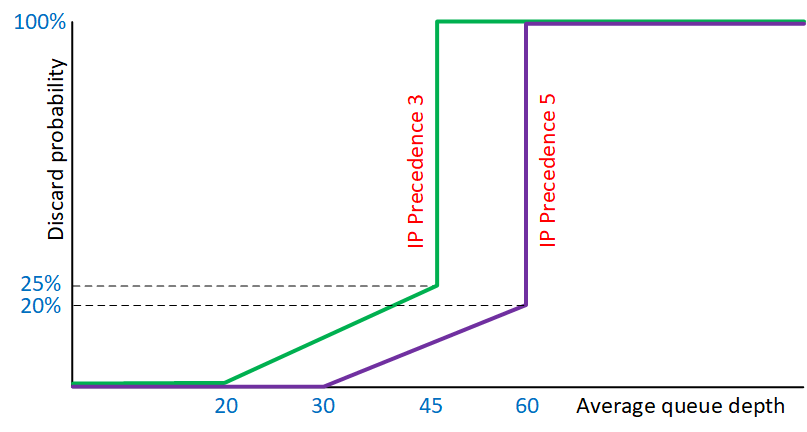 Instead of IP precedence, we can also use DSCP. WRED then sets a minimum threshold based on the drop probability that we have seen in the IP precedence and DSCP values lesson:

100% Satisfaction Guaranteed!
You may cancel your monthly membership at any time.
No Questions Asked!
Previous Lesson
Policing
Next Lesson
Introduction to IPv6

36 more replies! Ask a question or join the discussion by visiting our Community Forum