Power over Ethernet (PoE) is a technology we use to power devices through regular Ethernet network cables.

PoE was invented when the first VoIP phones were introduced. Analog phones are powered directly through the same copper wires we use for voice calls.

VoIP phones use Ethernet cables without power, so they required a power adapter. Our old analog phones only required one cable, the VoIP phones two. This was a step backward, which is why PoE was invented.

Nowadays, we use PoE for many devices. For example:

A device that is powered by PoE is called a powered device (PD).

How do we put power on an Ethernet cable?

A device that provides power on the cable is called Power Sourcing Equipment (PSE). We have two options:

The PoE endspan method uses a switch with integrated PoE. You connect your end device to the switch, and it will detect whether the end device is PoE compatible and, if so, enables power automatically.

The PoE midspan method uses PoE injectors to add PoE to regular non-PoE links. You can use these to add PoE to your network without adding or replacing your non-PoE switches. These are (usually) intelligent devices, and like a PoE switch, they detect whether the PD requires power and, if so, enables power. PoE injectors are useful when you only have a few devices you want to power.

There are (rackmount) midspans that can power many cables:

Or small PoE injectors you can use to power a single device: 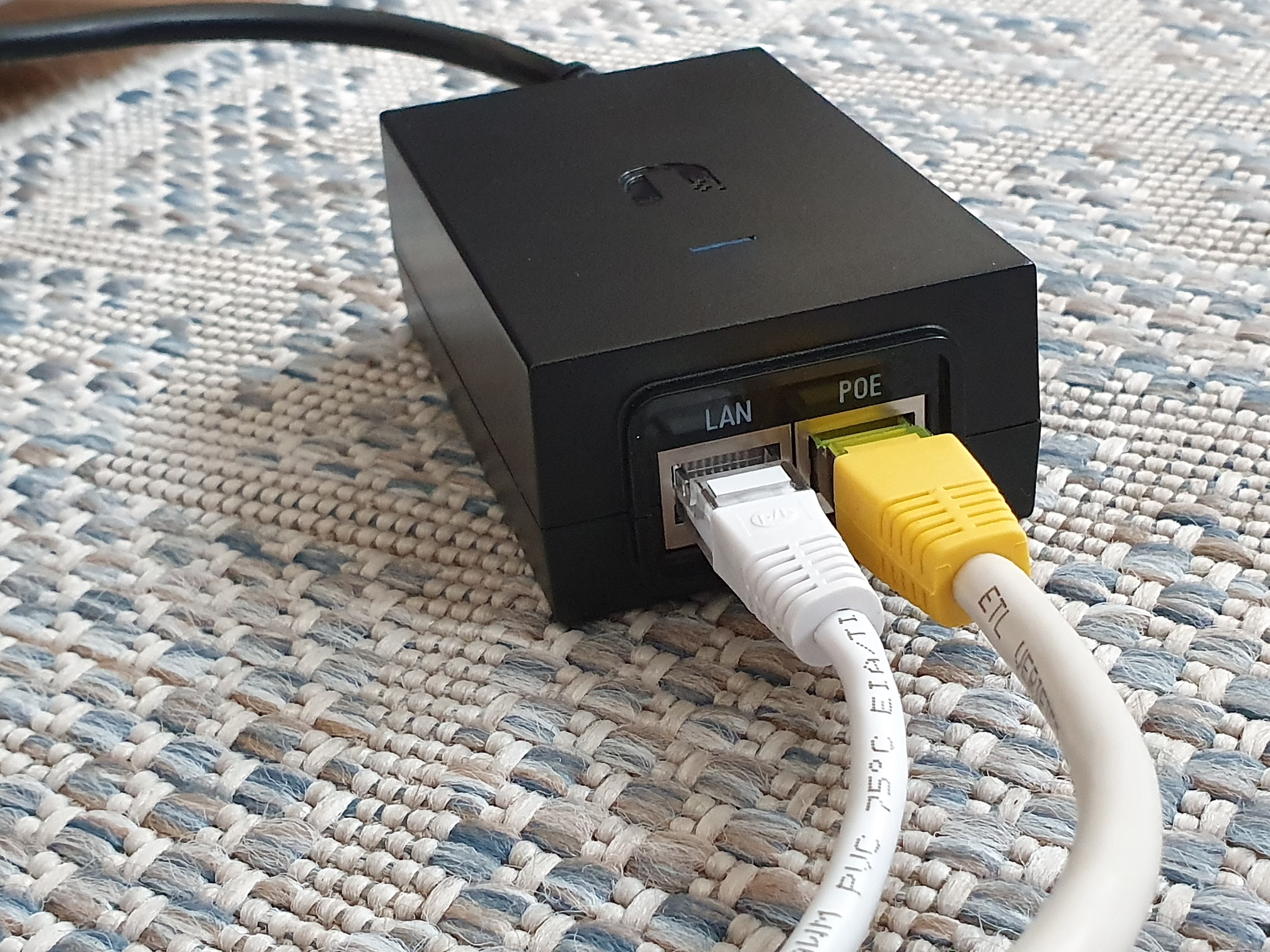 There is also something called Passive PoE. This is not based on any standard and basically, this is a PoE injector that adds power immediately without negotiation. Because power is always on, it’s possible to burn out devices that don’t support PoE. The Ubiquiti POE injector in the photo above is a passive device.

Should you use an endspan or midspan solution? Some items to consider:

Cisco was the first company to introduce PoE in ~2000. It was proprietary technology where Ethernet cables carry 48 VDC to power VoIP phones.

There are multiple PoE options: Some proprietary, some are standards. IEEE is responsible for creating many Ethernet standards under the 802.3 working group, and they wanted to develop a standard for PoE as well.

There are multiple PoE types; these are based on IEEE standards. And have different names. Let’s take a look.

Type 2 is useful for devices that require more power than type 1 could supply. Examples are IP cameras with PTZ features, wireless access points with more than three radios, but also LCD monitors or tablets.

The third PoE standard is based on a non-standard proprietary Cisco implementation from 2014 called Universal Power Over Ethernet (UPOE).

This PoE implementation later became the 802.3bt standard, which was ratified in 2018.

Type 3 is useful for devices like thin clients, Point of Sale (PoS) systems, or network switches.

100% Satisfaction Guaranteed!
You may cancel your monthly membership at any time.
No Questions Asked!
Previous Lesson
How a switch learns MAC addresses
Next Lesson
Network Topologies