In networking, there are a number of different topologies that you will encounter. In this lesson, I’ll explain the most common topologies that are covered in the CCNA Routing & Switching exam(s).


Let’s start with the star topology…

You will see the star topology often when we talk about switches, here’s an example: 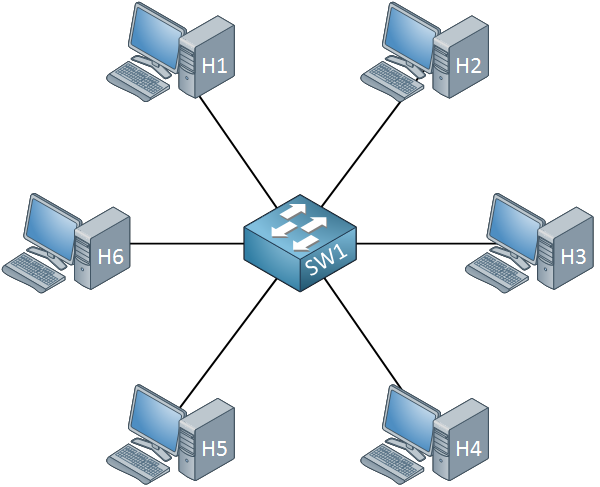 It’s called a star topology because all communication has to go through the switch, it is the central component of our network.

The full mesh topology means that each device is connected to all other devices. Here’s an example: 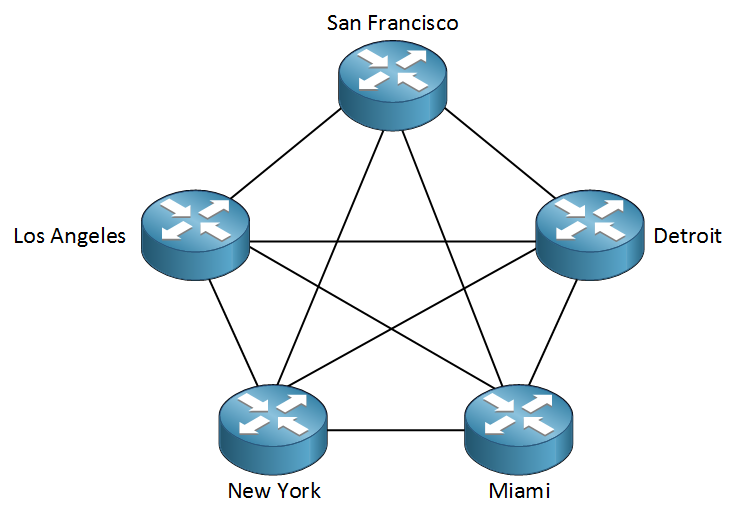 The advantage of a full mesh topology is that you have full redundancy. For example, in the picture above we can see routers in different cities. We can go from Los Angeles to New York with a direct connection. If this link fails, there are still plenty of backup links we can choose from. The downside of a full mesh topology is that it’s expensive. For each link, you will need to pay for the connection and you require additional interfaces on your routers.

An alternative to full mesh is the partial mesh topology. This is a trade-off between cost and redundancy. Here’s an example: 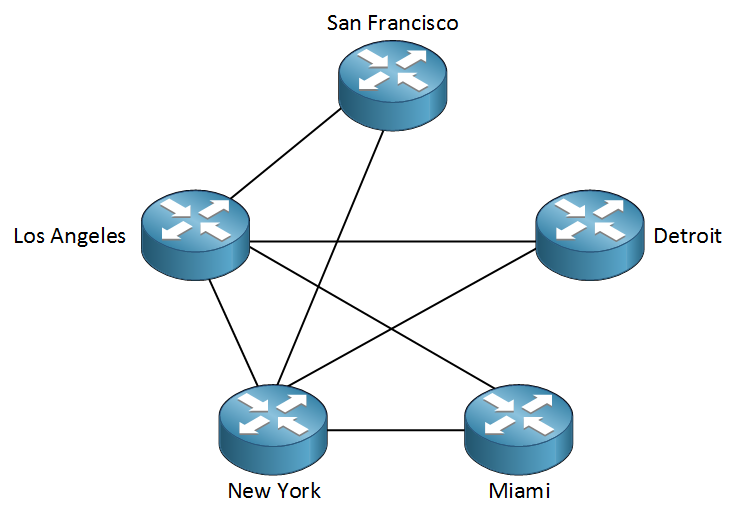 The Los Angeles and New York sites are the most important ones, so they are connected to all other sites. There is no direct connection between San Francisco, Detroit and Miami. This doesn’t mean that these sites won’t be able to communicate with each other but communication has to go through the Los Angeles or New York sites.

You might also encounter partial mesh topologies on our LANs. For example: 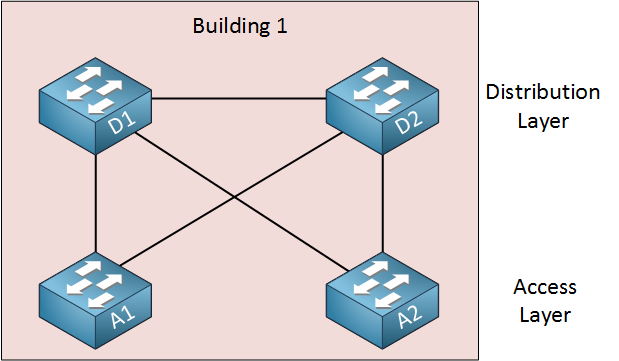 Another topology we might encounter is the hub and spoke topology: 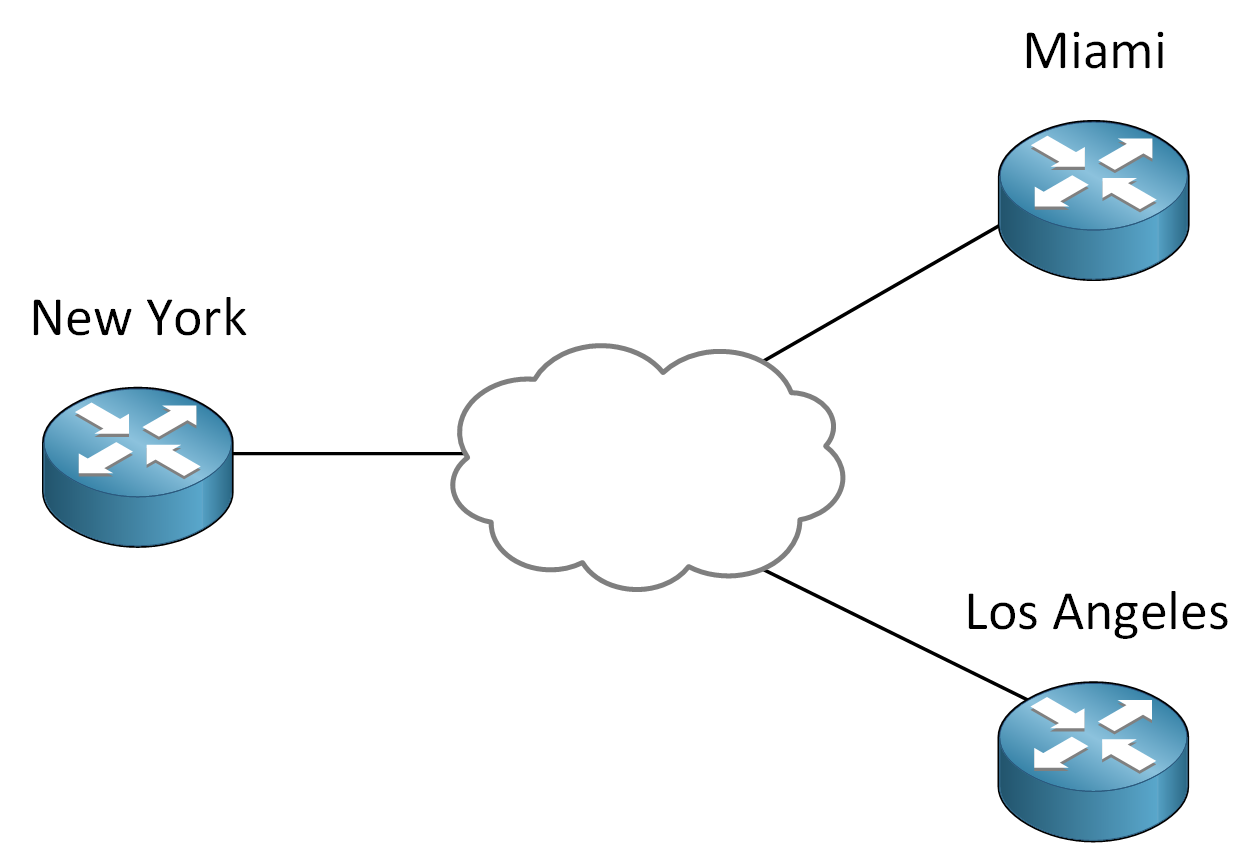 In this topology, we have one central device called the hub, and the other devices are called spokes. Above we have three routers. The headquarters of this company is in New York. This is where all company resources are located. There are also branch offices that need to access the headquarters resources. In this case, it makes sense to build a hub and spoke topology where the New York router becomes the hub and the Miami and Los Angeles routers are spoke routers.  Traffic between spoke routers is often routed through the hub router because of security reasons. The spoke routers could be simple routers while the headquarters has a powerful firewall that inspects all traffic.

In reality, we will mix a lot of the network topologies that we described above. Here’s an example of a complete network: 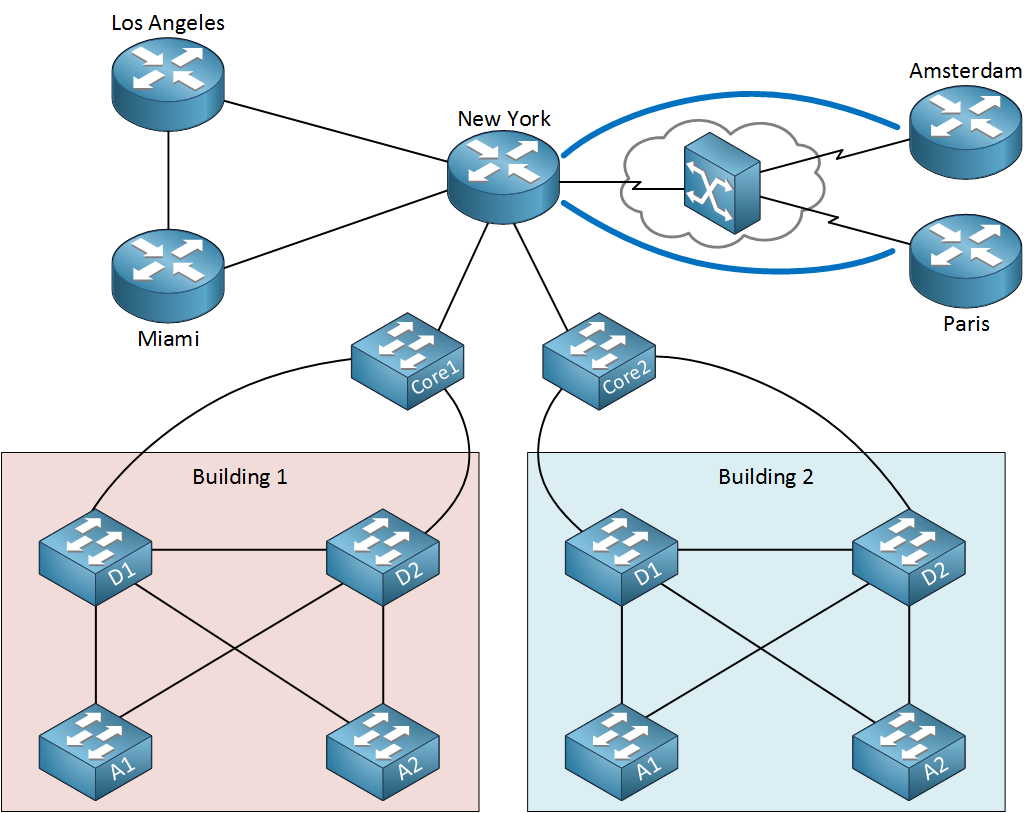 Here’s what we see above:

I hope these examples have been useful to understand the different network topologies that you might encounter. Keep in mind that in reality, we use a combination of these different topologies.