The firewall is the barrier between a trusted and untrusted network, often used between your LAN and WAN. It’s typically placed in the forwarding path so that all packets have to be checked by the firewall, where we can drop or permit them. Here’s an example:

Above we have our LAN that has a host computer and a switch. On the right side, there’s a router that is connected to the ISP which offers Internet connectivity. The firewall sits in between to protect our LAN. The router is optional, it depends on your connectivity to the WAN. For example, if your ISP offers cable then you probably have a cable modem with an Ethernet connection that you can connect directly to your firewall. When it’s a wireless connection, you probably need the router there for the connection. You will also probably need the router if you do any (advanced) routing like BGP. Most firewalls support some basic routing options: static routes, default routes and sometimes routing protocols like RIP, OSPF or EIGRP.

Firewalls, like routers can use access-lists to check for the source and/or destination address or port numbers. Most routers however, don’t spend much time at filtering…when they receive a packet, they check if it matches an entry in the access-list and if so, they permit or drop the packet. That’s it.

No matter if they receive a single packet or thousands, each packet is treated individually and we don’t keep track of packets we have seen before or not. This is called stateless filtering.

Firewalls, on the other hand, use stateful filtering. They keep track of all incoming and outgoing connections. Here are some examples: 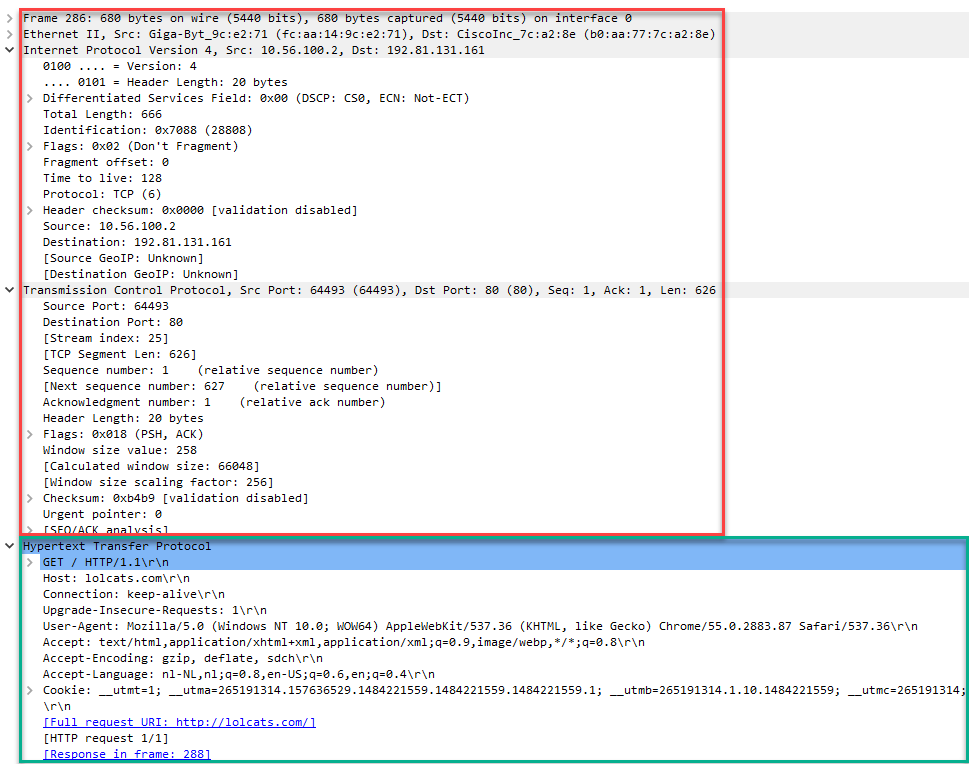 Above you see the network (IP) and transport layer (TCP) marked in red, the application layer is marked with green. This is an example of a webbrowser that is requesting a webpage.

Here are some examples:

Cisco routers, by default, will permit and forward all packets they receive, if they have a matching route in their routing table. If you want to restrict this, you have to configure some access-lists. This can become an administrative nightmare if you have a lot of interfaces and/or access-list rules. Here’s an example:

There is a better solution, firewalls work with security zones. Here’s an example:

Above we have two security zones:

The interfaces have been assigned to the correct security zone. These zones have two simple rules:

If you want to make an exception, and permit traffic from the WAN to the LAN then this can be accomplished with an access-list.

Most companies will have one or more servers that should be reachable from the Internet. Perhaps a mail or web server. Instead of placing these on the INSIDE, we use a third zone called the DMZ (Demilitarized Zone). Take a look at the picture below: 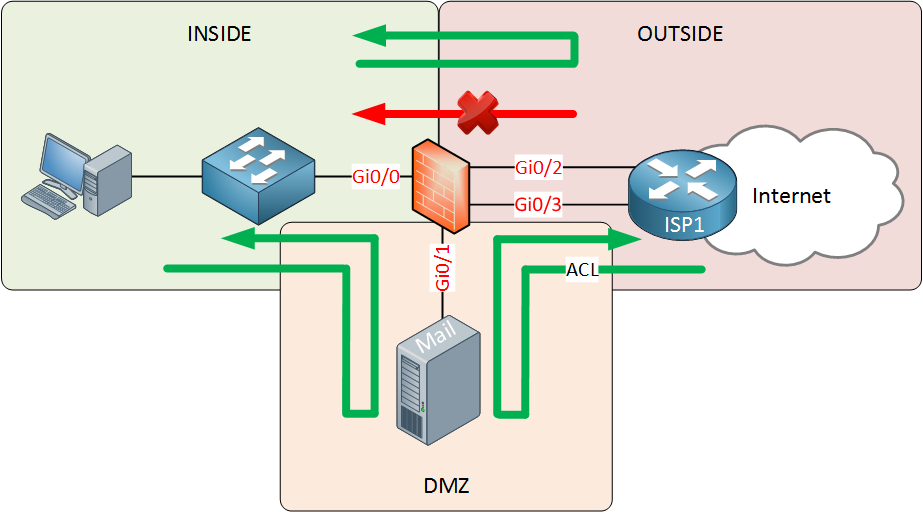 The DMZ security zone will have a security level that is in between the INSIDE and OUTSIDE. This means that:

Some of the features described above are also available on routers. For example, Cisco IOS routers support the reflexive access-list which is a “poor mans” stateful firewall. Cisco IOS also supports the Zone Based Firewall, which as the name suggests uses security zones. Hardware firewalls however, offer a better network performance / throughput.

You have now learned the basics of firewalls. Firewalls use stateful filtering to keep track of all incoming and outgoing connections. They are also able (depending on the firewall) to inspect up to layer 7 of the OSI model, looking into the payload of applications.

47 more replies! Ask a question or join the discussion by visiting our Community Forum