A switch has some intelligence and operates on layer 2 of the OSI model. In this lesson, I’ll demonstrate how a switch learns MAC addresses. Let me show you an example of three computers connected to a switch: 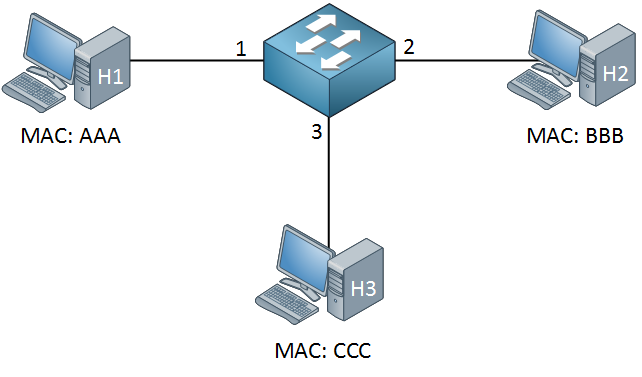 There’s a switch in the middle and we have 3 computers. All computers have a MAC address but I’ve simplified them. Our switch has a MAC address table and it will learn where all the MAC addresses are in the network. Let’s send something from H1 to H2: 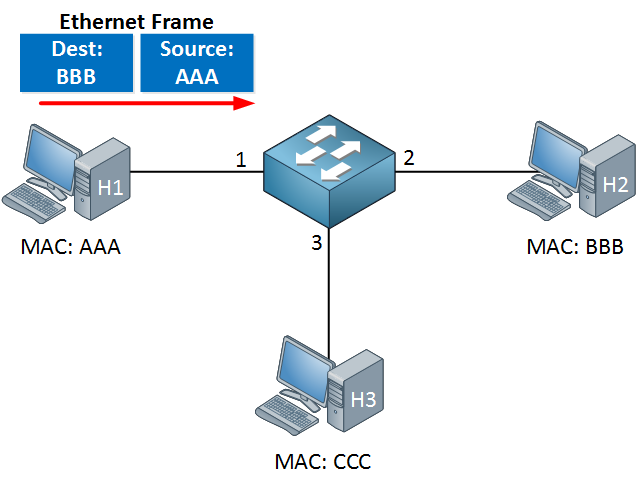 H1 is going to send some data meant for H2, thus it will create an Ethernet frame which has a source MAC address (AAA) and a destination MAC address (BBB). Our switch has a MAC address table and here’s what will happen: 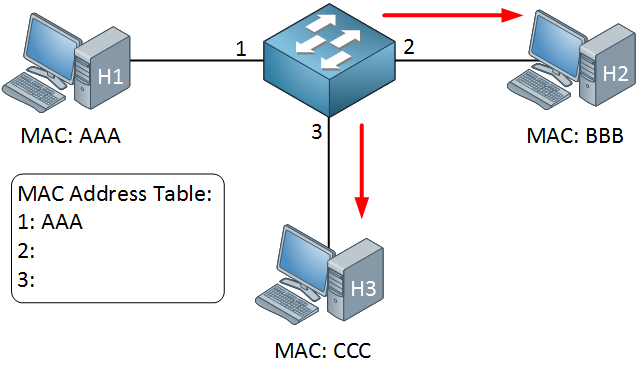 100% Satisfaction Guaranteed!
You may cancel your monthly membership at any time.
No Questions Asked!
Previous Lesson
Broadcast Domains
Next Lesson
Power over Ethernet (PoE)

98 more replies! Ask a question or join the discussion by visiting our Community Forum