I’d like to tell you a little bit more about the EIGRP query process and the stuck-in-active problem. This will be helpful to understand why we use the EIGRP stub feature.

EIGRP is designed for large enterprise networks but having one big EIGRP network (5000+ prefixes and many hops) can lead to some problems:

Let me describe the EIGRP query process in detail for you: 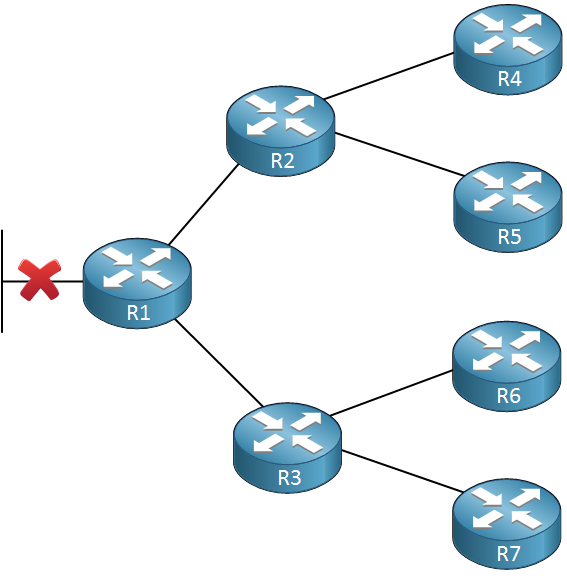 In the topology above we are running EIGRP on all of the routers. Router 1 has a link failure and as a result has lost its successor route to a particular network on the left side. There is no feasible successor so the route is going from passive to active and we will send a query to router 2 and 3.

There are 2 things that can happen at this moment: 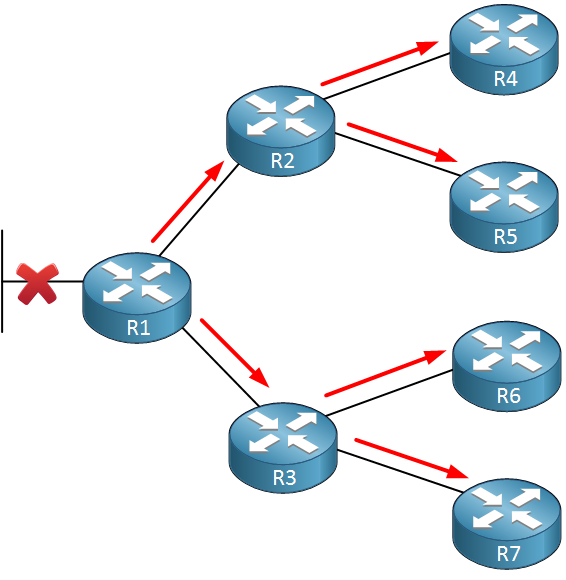 In our topology nobody has a clue which network router 1 is looking for. They will forward their queries to their own neighbors. The red arrows indicate the query packet. 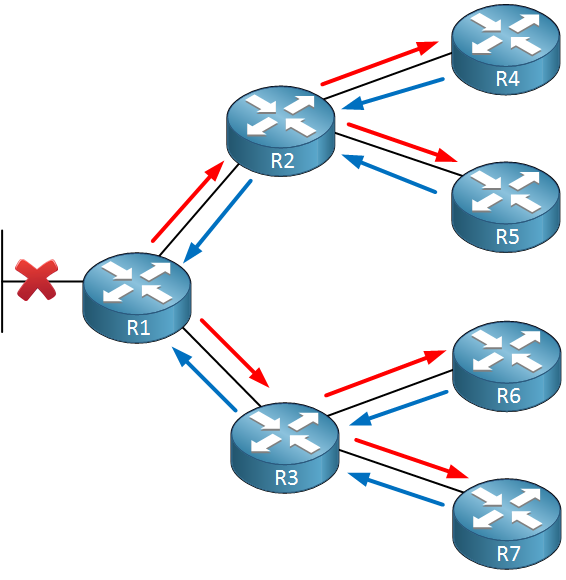 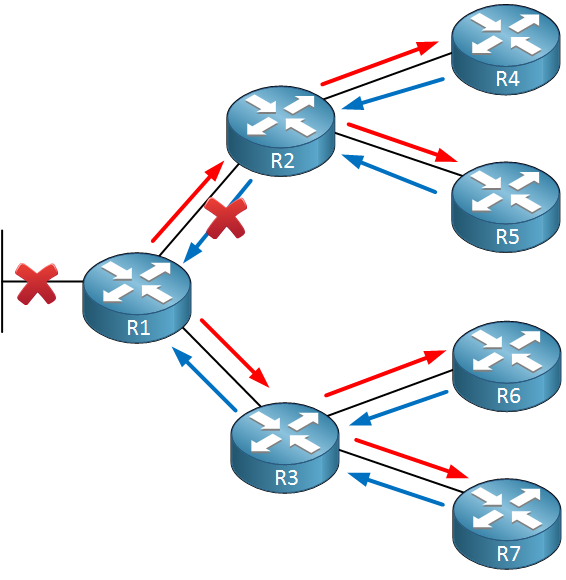 Let’s make things even more interesting. Look at my picture above and you’ll see that the reply from router 2 never makes it back to router 1. EIGRP is a reliable protocol and for each query a router sends to its neighbors it must get a reply in response within 3 minutes. If the router does not receive a reply to ALL its outstanding queries it will put the route in SIA (Stuck in Active) state and will kill the neighbor adjacency. By dropping the neighbor adjacency you will lose all the routes you learned from this neighbor which means the router will start sending queries for all those routes as well. Not a pretty sight right?

How is it possible that a reply never makes it back?

48 more replies! Ask a question or join the discussion by visiting our Community Forum