Spanning-tree Bridge Assurance is one of those STP features that help to prevent bridging loops in your network. When bridge assurance is enabled, BPDUs are sent on all interfaces of your switch, including blocked interfaces like the alternate or backup port. When an interface doesn’t receive a BPDU for a certain time, the interface goes into the blocking state.

Once the interface receives BPDUs again, the interface is unblocked and goes through the normal spanning-tree port states again. This helps to prevent issues (ie, unidirectional link failures or switch failures where the switch does forward ethernet frames, but STP is malfunctioning) where for whatever reason, an interface doesn’t receive BPDUs again, and a blocked interface goes into the forwarding state, causing a bridging loop.

Bridge assurance is only supported by PVRST+ and MST.

In this lesson, I’ll show you a “before” and “after” scenario, and we will look at bridge assurance in action.

Let’s see how spanning-tree works when we don’t use bridge assurance. We have the following topology: 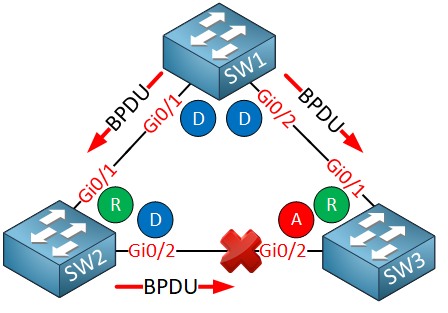 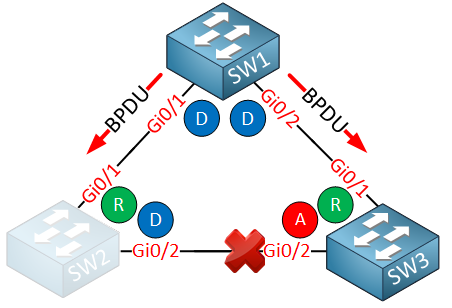 Because SW3 doesn’t receive superior BPDUs anymore on its GigabitEthernet 0/2 interface, it decides that the interface becomes a designated port and it forwards data. We now have a bridging loop: 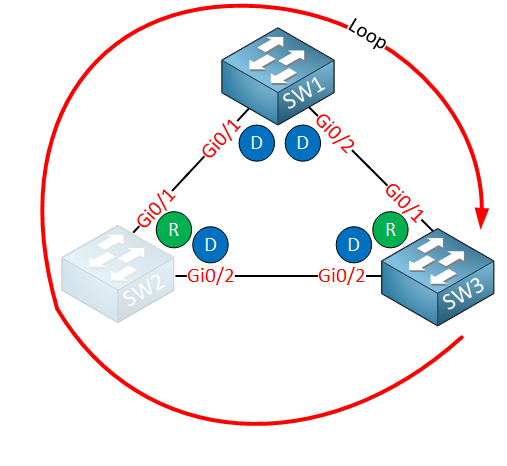 That’s not good…let’s see what happens with bridge assurance.

We use the same topology as before: 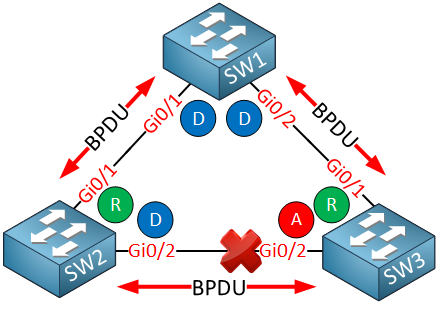 The difference, however, is that when bridge assurance is enabled, every interface sends BPDUs. Once again, SW2 has a failure, so it’s no longer sending BPDUs: 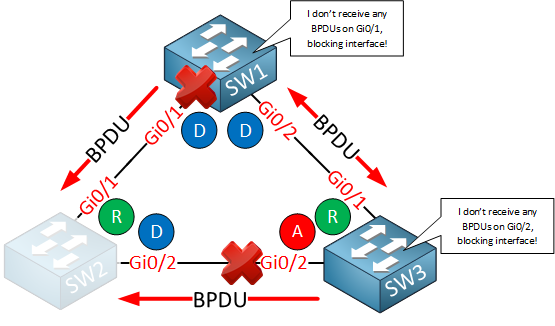 SW1 and SW3 notice the lack of BPDUs and immediately put their interfaces in the blocking state. This saves the day as there won’t be a bridging loop.

Bridge assurance is supported on Cisco IOS since version 12.2(33)SXI, but it seems to be only available on the Cisco catalyst 6500 series.  I’m using three Nexus switches to demonstrate bridge assurance. If you never worked with NX-OS before, don’t worry.


The output is pretty much the same as on Cisco IOS. This is the topology: 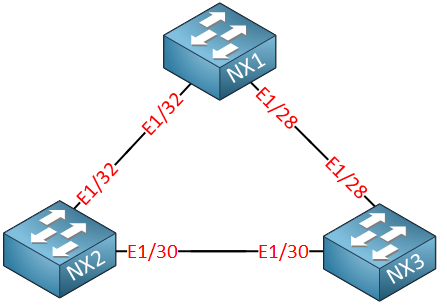 Bridge assurance is enabled globally by default on NX-OS:

However, we do have to change the spanning-tree port type to network on all interfaces to activate it:

That’s all we have to configure.

100% Satisfaction Guaranteed!
You may cancel your monthly membership at any time.
No Questions Asked!
Previous Lesson
STP Dispute
Next Lesson
IP Routing

6 more replies! Ask a question or join the discussion by visiting our Community Forum