DHCP snooping is a technique where we configure our switch to listen in on DHCP traffic and stop any malicious DHCP packets. This is best explained with an example so take a look at the picture below: 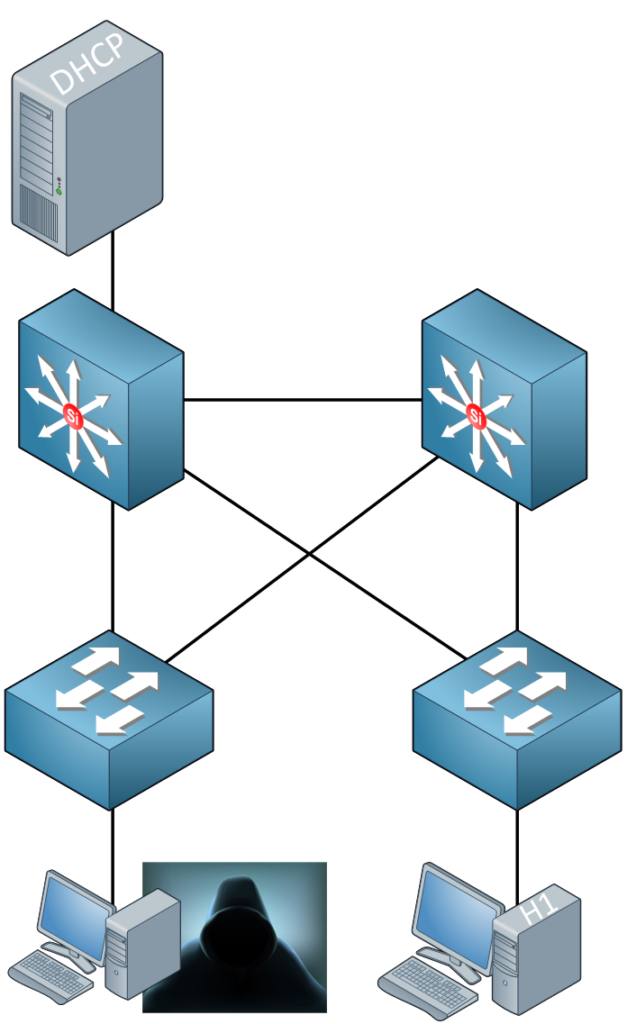 On larger networks you will probably find a central DHCP server somewhere in the server farm. If an attacker runs a DHCP server in the same subnet he will probably respond faster to the DHCP discover message of the client. If this succeeds he might assign the client with its own IP address as the default gateway for a man-in-the-middle attack. Another option would be to send your own IP address as the DNS server so you can spoof websites etc.

The attacker could also send DHCP discover messages to the DHCP server and try to deplete its DHCP pool. So what can we do to stop this madness? DHCP snooping to the rescue! We can configure our switches so they track the DHCP discover and DHCP offer messages. Here’s how: 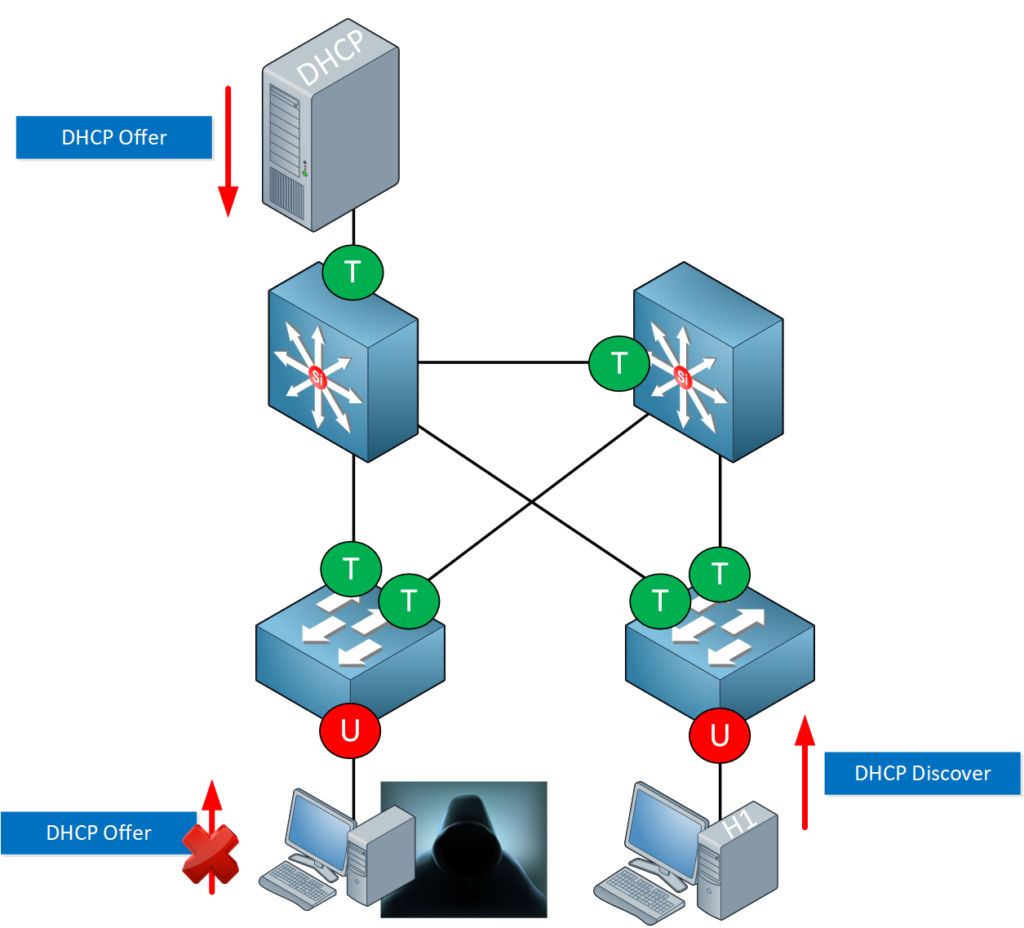 When a Cisco Catalyst Switch receives a DHCP Discover, it will only forward it on trusted interfaces. This prevents rogue DHCP servers on untrusted interfaces from receiving it in the first place.

Let’s see how we can configure DHCP snooping…

100% Satisfaction Guaranteed!
You may cancel your monthly membership at any time.
No Questions Asked!
Previous Lesson
AAA Port Based Authentication
Next Lesson
Introduction to WANs (Wide Area Network)

68 more replies! Ask a question or join the discussion by visiting our Community Forum