Chassis aggregation is a Cisco technology to make two switches operate as a single logical switch. It is similar to stacking but meant for chassis switches like the 6500 and 6800 series switches. It is often used in the core layer and sometimes in the distribution layer.


Let’s start by taking a closer look at a chassis, like the Cisco Catalyst 6500 switch: 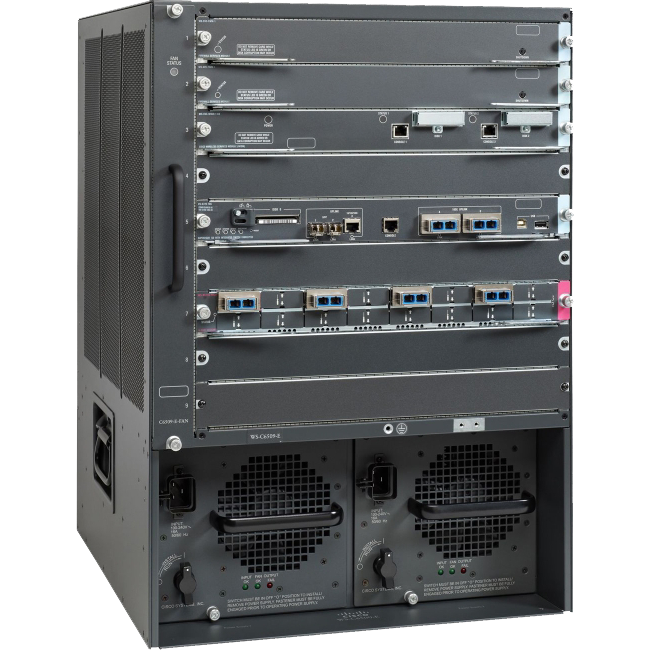 These chassis switches have one or two supervisors, this is the brain of the switch which has the CPU, memory, flash, etc. The supervisor is responsible for packet forwarding. In case one supervisor goes down, the second one will take over. At the bottom of the switch, we have two power supplies with redundant feeds. In the remaining slots, we can insert line cards for interfaces or some other modules. Here’s an illustration of the chassis: 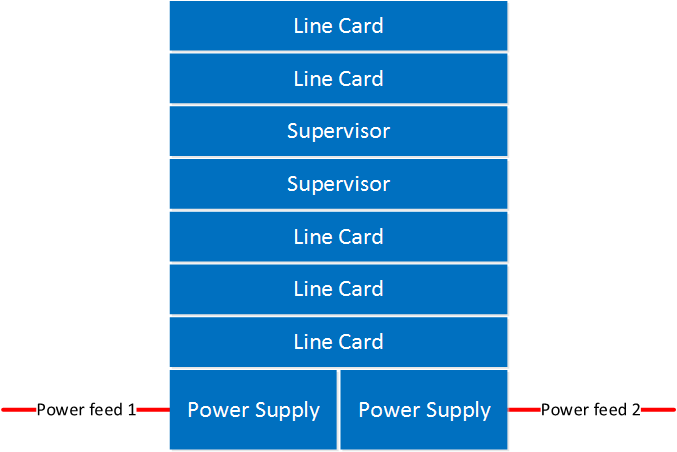 Above we see a chassis with some line cards, two supervisors, and two power supplies. Even though we have a lot of redundancy in a single chassis, it is a good idea to add a second chassis for extra redundancy. To connect the two switches to each other, we use regular Ethernet interfaces, and in case a single line card fails, multiple line cards:

To create a single logical link out of these physical links, we can create an EtherChannel:

We now have a redundant core layer, but still two physical switches without switch aggregation. Let’s look at the “bigger picture” and connect some distribution layer switches to our two core switches: 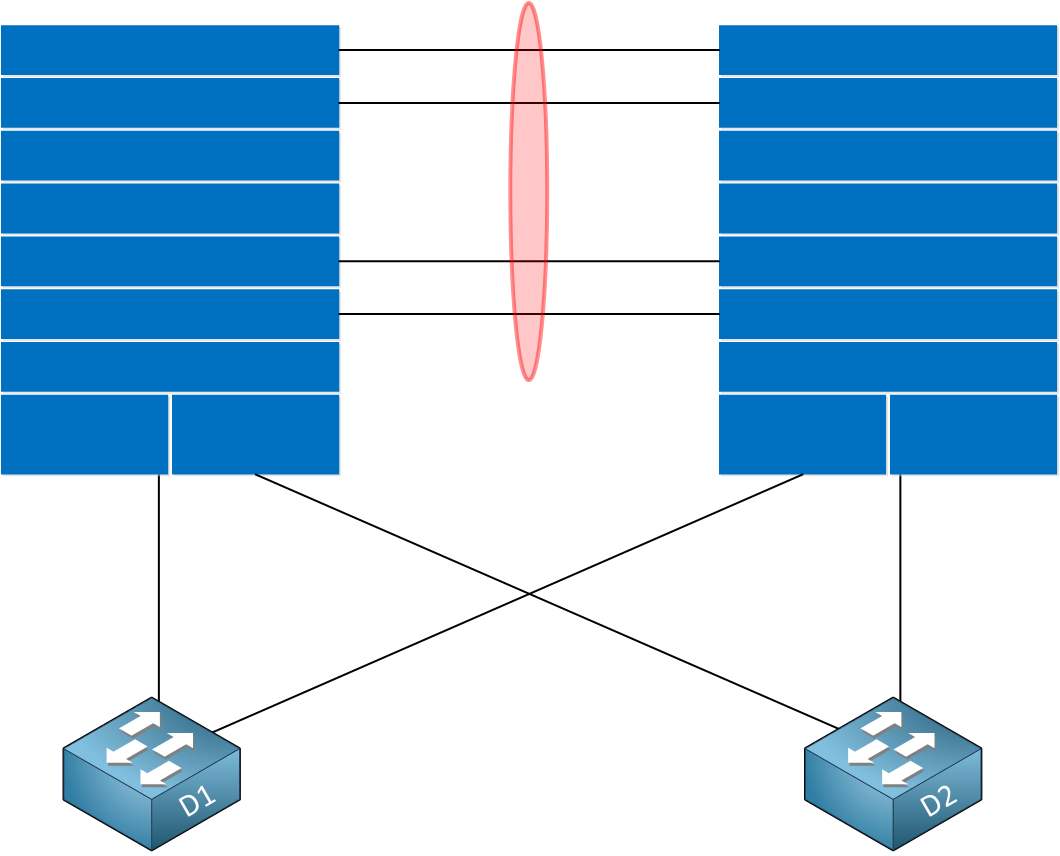 Without switch aggregation, we do have some redundant uplinks from the distribution layer to the core layer. If you use VLANs on these interfaces, spanning-tree will block some of the links to create a loop-free topology. 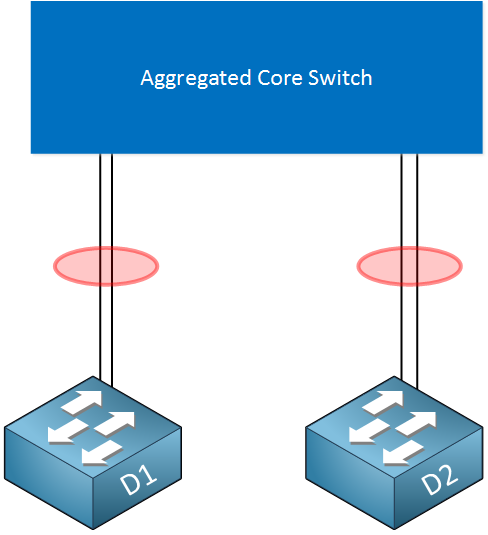 The two core switches will act as a single switch to the outside world when it comes to control plane protocols like ARP, spanning-tree, EtherChannel and routing protocols. Information like MAC addresses in the MAC address table are synchronized between the two switches. 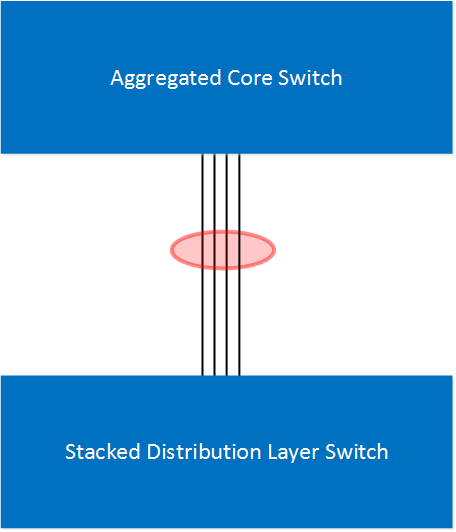 We now have a single EtherChannel. Even though we four physical switches, our logical topology only has two switches. All links will be in forwarding and nothing will be blocked by spanning-tree.

If you want to see switch aggregation in action, you can take a look at my VSS (Virtual Switching System) lesson where I show you the configuration.

you now learned the basics of switch aggregation: