Since you are reading this I assume you understand how “classic” spanning-tree works. If you don’t, it’s best to read my Introduction to spanning-tree first before you continue.


Having said that, let’s start with a nice picture: 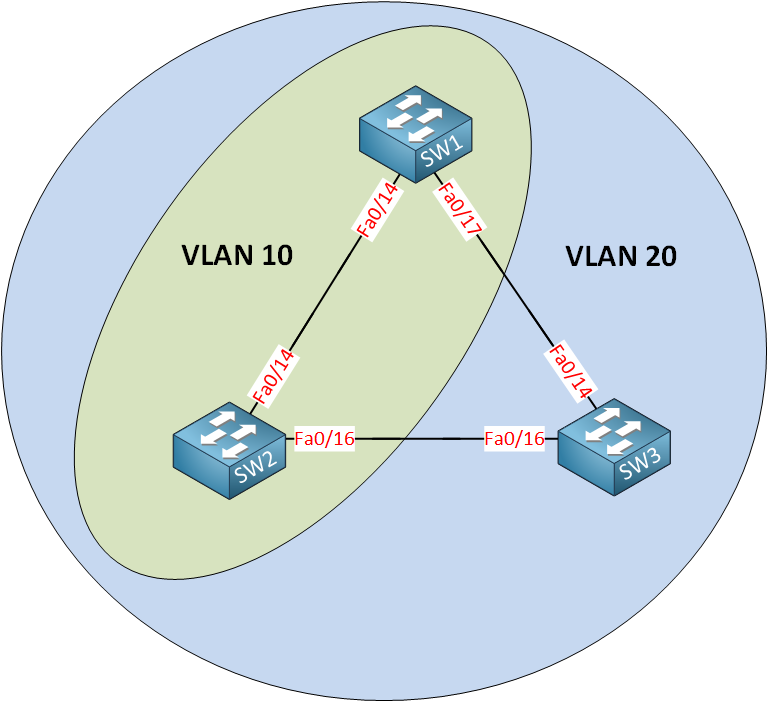 There’s a big difference between our physical and logical topology. We don’t have a loop in VLAN 10 because it only runs on the link between SW1 and SW2. We DO have a loop within VLAN 20 however.

Another version of spanning-tree is able to calculate a topology for each VLAN. This version is called PVST (Per VLAN Spanning-Tree) and it’s the default on Cisco switches.

Let’s look at an example where we have three switches and two VLANs. Both VLANs are available on all switches: 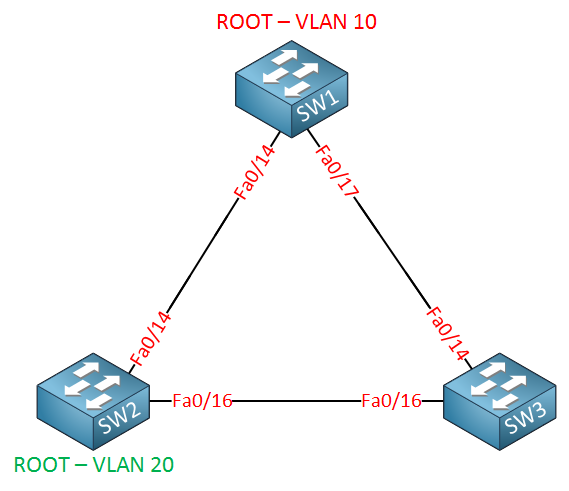 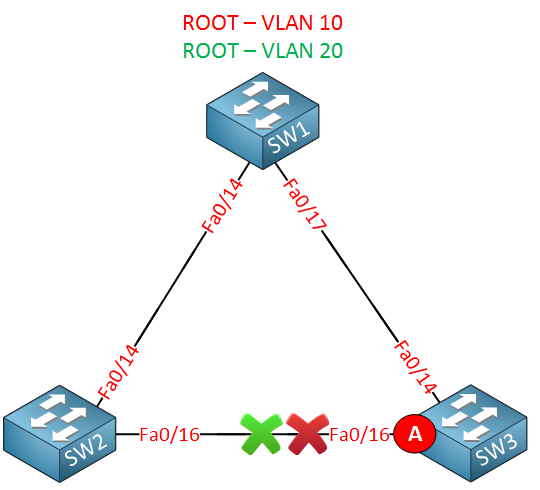 If I choose another switch as the root bridge for VLAN 20 we will see different results:

100% Satisfaction Guaranteed!
You may cancel your monthly membership at any time.
No Questions Asked!
Previous Lesson
Introduction to Spanning-Tree
Next Lesson
Spanning Tree Port States

57 more replies! Ask a question or join the discussion by visiting our Community Forum