Non-broadcast multi-access networks like frame-relay don’t support broadcast or multicast traffic. When an EIGRP router has to send multicast traffic to other routers then it will simply copy the update from one PVC to all other PVCs.

If you have many (low bandwidth) PVCs then it’s possible that EIGRP traffic will completely saturate your interfaces.

By default EIGRP will use up to 50% of the interface bandwidth. To prevent EIGRP from flooding your interface(s) we can use the ip bandwidth-percent eigrp command to set this to a lower value. The router will then queue and rate-limit EIGRP traffic.

Cisco IOS will use a default bandwidth of 1544kbps on serial interfaces. If your actual bandwidth is lower, make sure you configure the correct bandwidth with the bandwidth command.

Telling EIGRP to use less bandwidth is simple, there’s only one command. There are however a number of different scenarios that you have to be aware of, let’s discuss all of them.

When you run EIGRP over a frame-relay multipoint network then EIGRP will divide the bandwidth of the physical interface by the number of EIGRP neighbors. Take a look at the topology below: 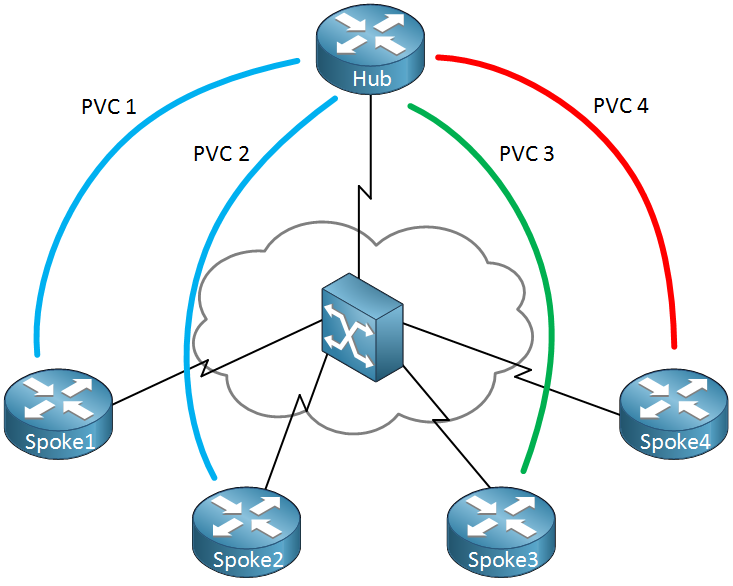 In the example above I have 5 routers in a hub and spoke model. The router on top is our hub and I have 4 spoke routers at the bottom. Each spoke has a PVC but they have a different CIR:

If we configure this frame-relay network as multipoint then we might run into an issue. What happens when the spoke 3 router sends EIGRP updates at 50% of its capacity meant for the spoke 4 router?

Spoke 3 has a PVC with a CIR of 256 kbps. EIGRP will use up to 50% of the bandwidth so that’s 128 kbps of EIGRP traffic. Spoke 4 only has a CIR of 64 kbps so it will be overburdened with EIGRP traffic.

How can we fix this? The best method is to get rid of the multipoint setup and use point-to-point sub-interfaces since it allows you to set the bandwidth per sub-interface and thus per neighbor.

If you want to keep the multipoint setup this is what we have to do:

This solution doesn’t allow us to actually use up to 50% of the bandwidth for EIGRP traffic on each PVC but it does ensure us that the low bandwidth PVCs will not be overburdened with EIGRP traffic.

Let’s take a look at another topology: 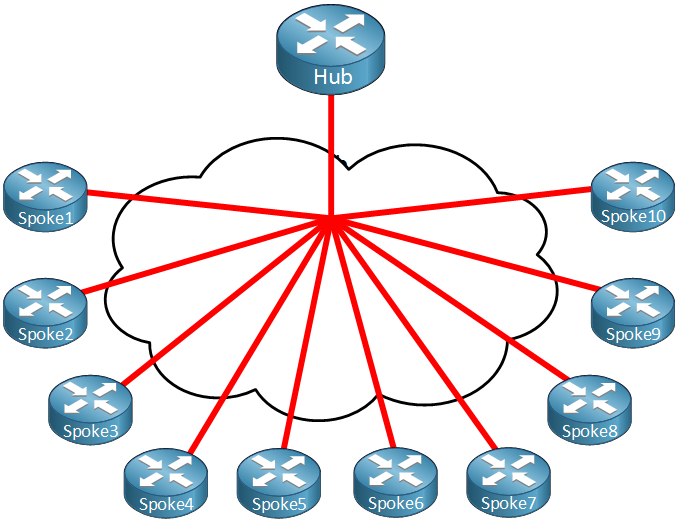 19 more replies! Ask a question or join the discussion by visiting our Community Forum