Besides the OSI model there was another organization that created a similar reference model which never became quite as popular.

When I’m talking about “not popular” I mean the TCP/IP stack model isn’t used often as a reference model…when we talk about layers, people always refer to the OSI model. On networks nowadays we use TCP/IP all the time…

However if you are studying for Cisco CCNA you’ll need to know what it looks like. It’s called the TCP/IP stack and it’s similar except some of the layers are combined and have different names. Here’s what it looks like: 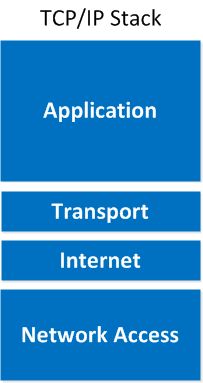 As you can see the upper three layers are now combined to the “Application layer”. The network layer is called the “Internet” layer and the bottom 2 layers are combined into the “Network Access” layer.

Here’s a comparison between the two models: 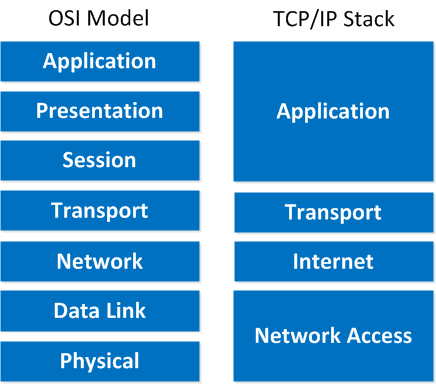 8 more replies! Ask a question or join the discussion by visiting our Community Forum