In this lesson, we’ll take a look at how we can install Python. Before January 1, 2020, there were two Python versions:

Let’s see how we can install Python on different operating systems.

Linux and Mac OS are easy because Python is pre-installed on Mac OS X and most Linux distributions. You can check the Python version from the command line. For example, let’s see what Ubuntu 18.04 LTS has pre-installed:

If you want the latest version on Mac OS X, you can always grab it from Python.org MAC OS X downloads. For Linux, upgrading Python depends on your Linux distribution.

Microsoft Windows 10 doesn’t come with Python pre-installed, so we’ll have to install it ourselves. Head over to Python.org downloads and download the installation file:

Open the installation file and you’ll see the following screen: 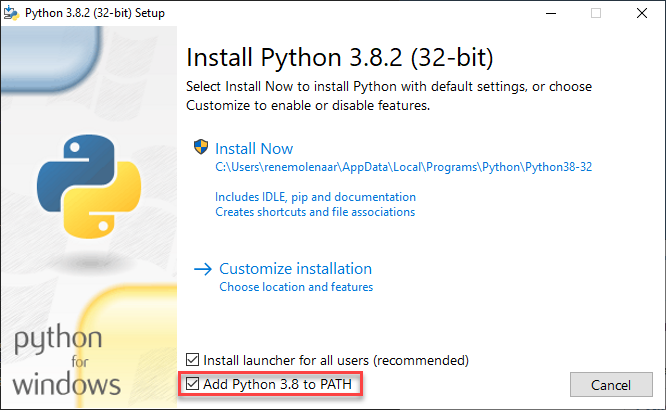 The installation is straightforward but I would suggest clicking on the “Add Python 3.x to PATH” checkbox. This means you can run Python anywhere from the command line, not just from the folder where it is installed. Hit the Install Now button and you only have to wait a minute for the installation to complete: 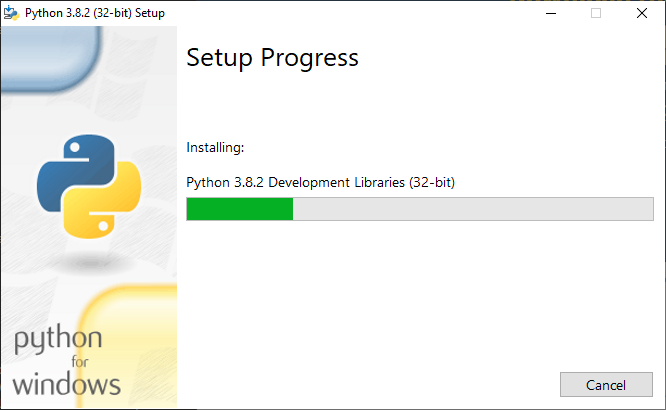 Once the installation is successful, click on Close and we are done: 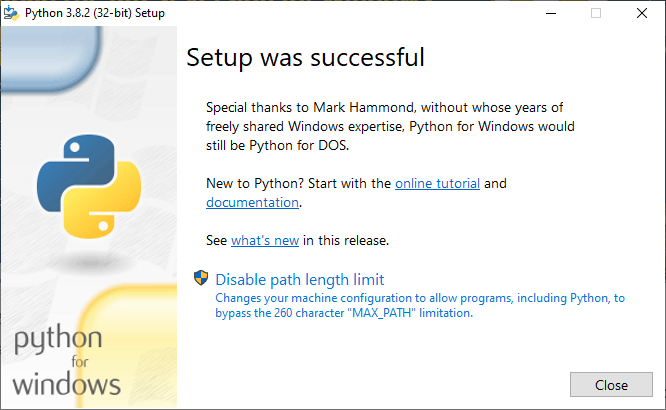 In your start menu, you will find some new items:

This completes our installation.

There are two ways to run Python:

Click on the IDLE icon in your Windows 10 start menu:

You’ll see a white screen with a Python shell: 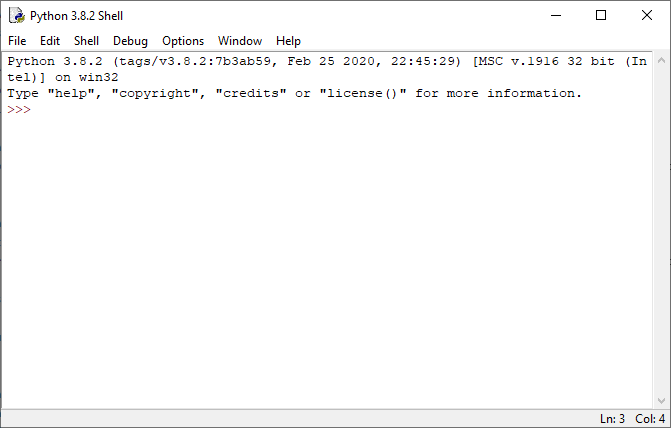 The >>> that you see above, is the prompt of the interactive Python interpreter. This means you can type Python code and the interpreter will execute it right away. Here is a quick example:

You can also save Python files and execute them later. Click on “New File” in the “File” menu:

You’ll get a blank screen where you can type your Python code: 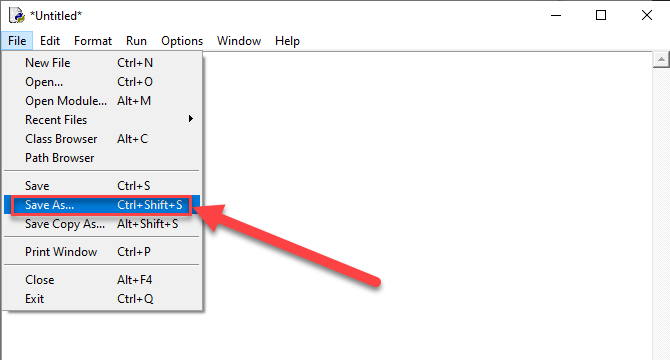 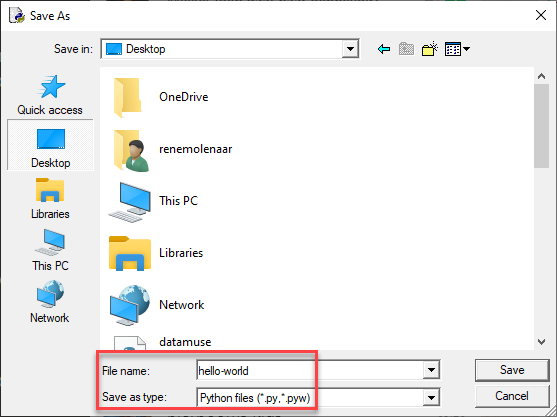 Now you can click on “Run Module” under the “Run” menu to execute your code:

You will see the output of your code in the Python shell:

That’s how we execute Python code.


Python IDLE gets the job done, and is a fine IDE to learn the basics of Python. As a beginner, it’s a good idea to stick to IDLE for now so you don’t get overwhelmed by IDE features. For larger projects, there are IDEs that are easier to work with. We’ll cover this in the IDE lesson.

You can also start the Python interpreter from the CLI:

You can also run a Python file directly. For example, let’s try to run the “hello-world.py” file we created with IDLE:

That’s how we can use the CLI to run Python code.

To explain Python, I could use “static” code examples as I did above and show the output. There is a better way though. In all the upcoming Python lessons, I use trinket.io for code. With trinket.io I can share code, and you can run it interactively from this website without having to install anything. Trinket.io runs Python through Javascript on your own computer. You can see immediately what the code does and even edit it if you want to try something yourself.

With trinket.io we have two options to run our Python code, similar to how you run code on your own computer:

I use both options in our lessons. Here is an example of the Python interpreter which executes our code automatically:

In the trinket above, you can see the >_ button. This means we use the Python interpreter. Below is an example where we use a .py file. You need to click on the > arrow to execute the code:

In the trinket above, the > button means we execute a .py file. You can move the separation bar between the two panes to see more of the code or the output if needed.

If you don’t use the trinkets for a while after loading the webpage, it will show a message that the connection to the server timed out. You can use the >_ or > button to re-run your code.

We learned a few things about Python:

We are now ready to dive further into Python.

3 more replies! Ask a question or join the discussion by visiting our Community Forum