The protected port is a feature on Cisco Catalyst Switches that you can use to prevent interfaces from communicating with each other. Let me show you a picture to explain this: 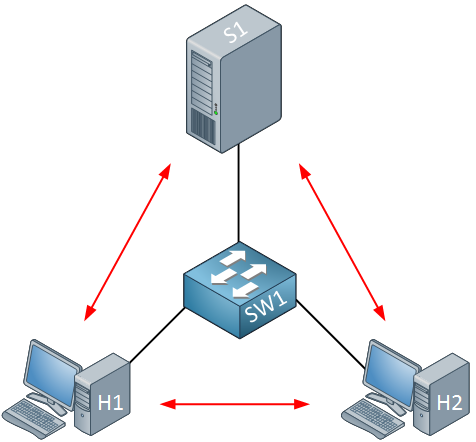 Take a look at the picture above. We have two computers, one switch and one server. Nothing fancy here…everything is in one VLAN and the two computers and server can communicate with each other.
What if I want to enhance security and ensure that H1 and H2 can only reach the server but not each other? This makes perfect sense in a client-server network. Normally there is no need for computers to connect to each other (unless Bob and Jane are secretly using shared folders on their computers without permission from the windows administrator).

We can ensure H1 and H2 are unable to communicate with each other by using protected ports. By default all switchports are unprotected. Here’s what it looks like: 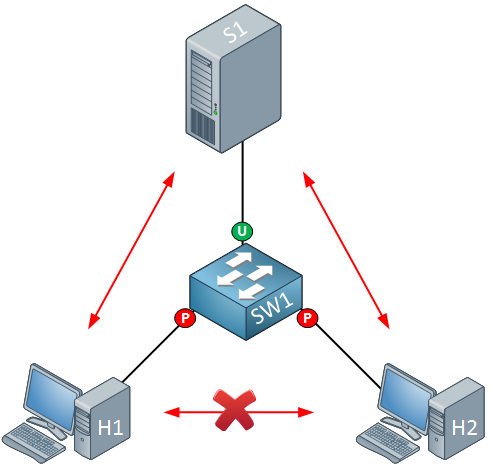 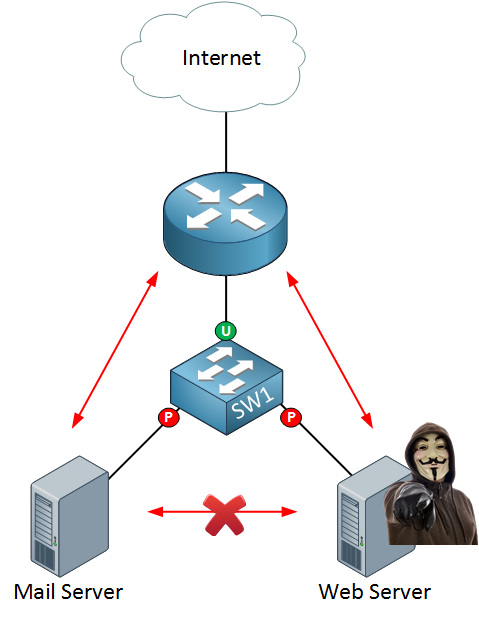 If a hacker takes over your web server you can reduce the attack surface by preventing them from connecting to other servers in your network.

This should give you an idea of what a protected port does, let’s look at the actual configuration!

To demonstrate this, we will use 3 computers connected to a single switch: 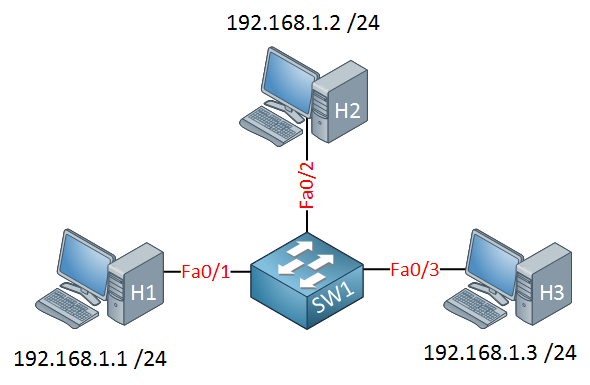 With the default configuration on the switch, all computers are in the same VLAN so they can ping each other:

100% Satisfaction Guaranteed!
You may cancel your monthly membership at any time.
No Questions Asked!
Previous Lesson
How to configure port-security on Cisco Switch
Next Lesson
DHCP Snooping

13 more replies! Ask a question or join the discussion by visiting our Community Forum