What is a loop, and how do we get one? Let me show you an example: 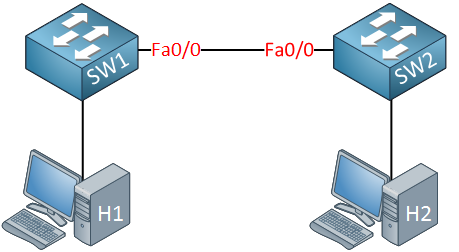 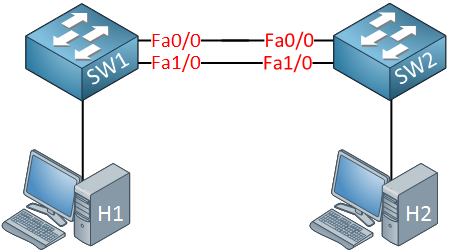 With the extra cable, we now have redundancy. Unfortunately for us, redundancy also brings loops. Why do we have a loop in the scenario above? Let me describe it to you:

Now, what does SW2 do with those broadcast frames?

Ethernet frames don’t have a TTL (Time to Live) value, so they will loop around forever. Besides ARP requests, many frames are broadcasted. For example, whenever the switch doesn’t know about a destination MAC address, it will be flooded.

Spanning-tree will help us to create a loop-free topology by blocking certain interfaces. Let’s take a look at how spanning-tree work! Here’s an example: 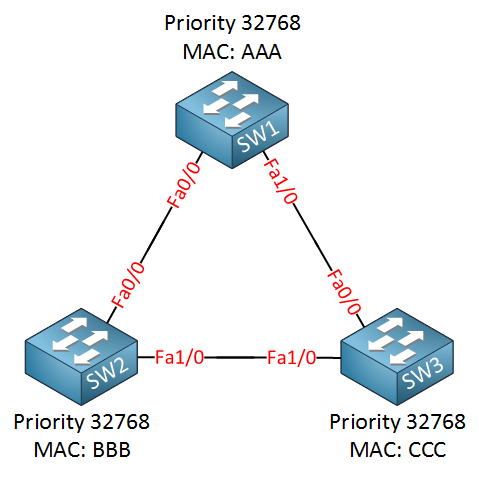 We have three switches, and as you can see, we have added redundancy by connecting the switches in a triangle, this also means we have a loop here. I have added the MAC addresses but simplified them for this example:

Since spanning-tree is enabled, all our switches will send a special frame to each other called a BPDU (Bridge Protocol Data Unit). In this BPDU, there are two pieces of information that spanning-tree requires: 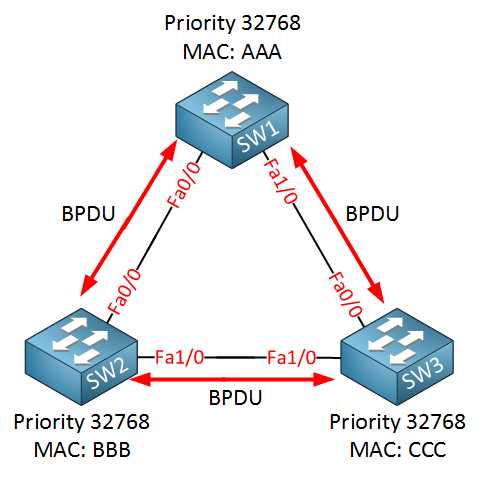 The ports on our root bridge are always designated, which means they are in a forwarding state. Take a look at the following picture: 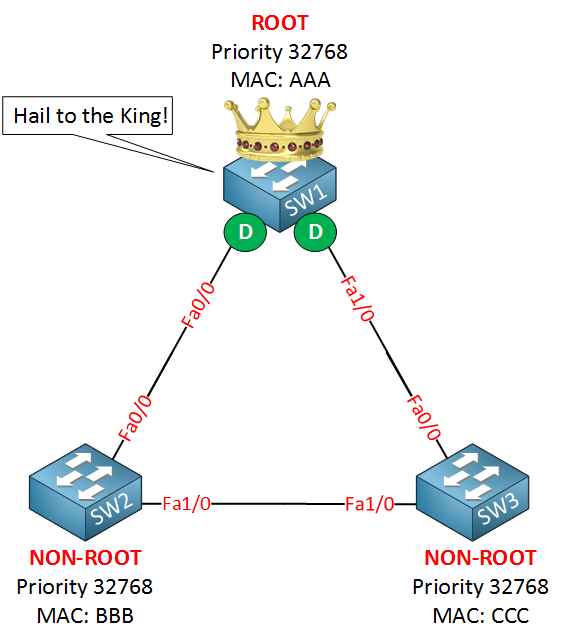 Above, you see that SW1 has been elected as the root bridge and the “D” on the interfaces stands for designated. 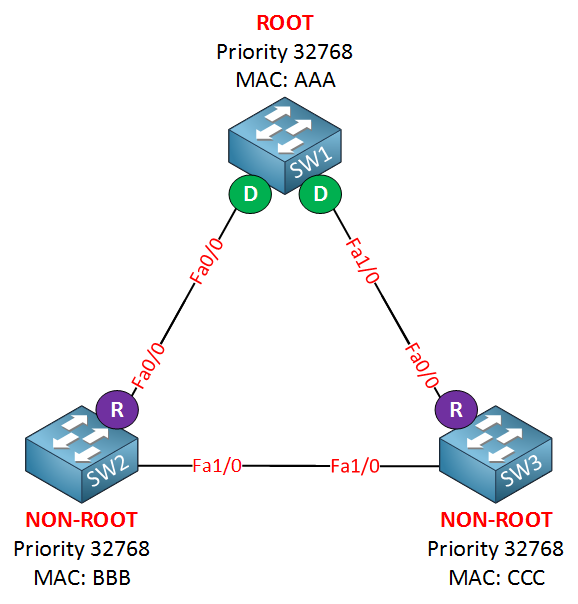 I’ve put an “R” for “root port” on SW2 and SW3. Their Fa0/0 interface is the shortest path to get to the root bridge. In my example, I’ve kept things simple, but “shortest path” in spanning-tree means it will actually look at the speed of the interface. Each interface has a certain cost, and the path with the lowest cost will be used. Here’s an overview of the interfaces and their cost:

Excellent!…we have designated ports on our root bridge and root ports on our non-root bridges, we still have a loop, however, so we need to shut down a port between SW2 and SW3 to break that loop. So which port are we going to shut down? The one on SW2 or the one on SW3? We’ll look again at the best bridge ID:

Lower is better, both switches have the same priority, but the MAC address of SW2 is lower, which means that SW2 will “win this battle”. SW3 is our loser here which means it will have to block its port, effectively breaking our loop! Take a look at my example: 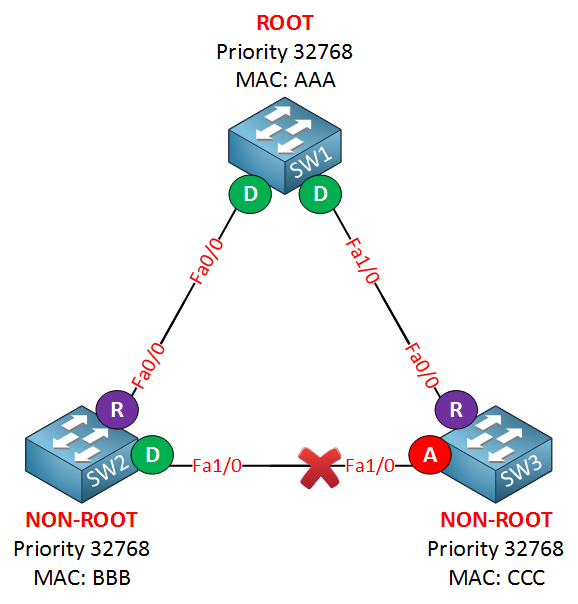 100% Satisfaction Guaranteed!
You may cancel your monthly membership at any time.
No Questions Asked!
Previous Lesson
VTP Version 3
Next Lesson
Spanning-Tree Cost Calculation

172 more replies! Ask a question or join the discussion by visiting our Community Forum