EIGRP has a mechanism called DUAL FSM (Diffusing Update Algorithm) that takes care of multiple changes that occur during a topology change. In this lesson, I’ll explain what the finite state machine is and how it works.

When the network is stable and there are no changes in the topology, each route will be passive. EIGRP will act whenever an input event occurs. The source of an input event can be:

When any of these input events occurs, the router will first do a local computation where it recalculates the distance for all feasible successors in the topology table. The possible results from this local computation are:

The router will start the diffusing computation by sending a query to each of its neighbors. In this query, we will find the new distance that was calculated on our router.

EIGRP keeps track of all neighbors that it has sent a query to, it does so with a reply status flag.  The diffusing computation is finished when we receive a reply from all our neighbors.

It is possible that some replies never make it to an EIGRP neighbor which is called stuck-in-active.

Once the router has received all outstanding replies, it will select a new successor based on the shortest distance to the destination and sets the new feasible distance. Any feasible successors that don’t meet the feasibility condition of this new successor are removed from the topology table.

There are multiple input events that can cause a route to change its state and some of these input events can occur while the route is already active.

Because of this, EIGRP doesn’t have just one “active” state but there are four active states. We can move from one state to another. Here is an overview of the EIGRP finite state machine, with all its different states and how we get there: 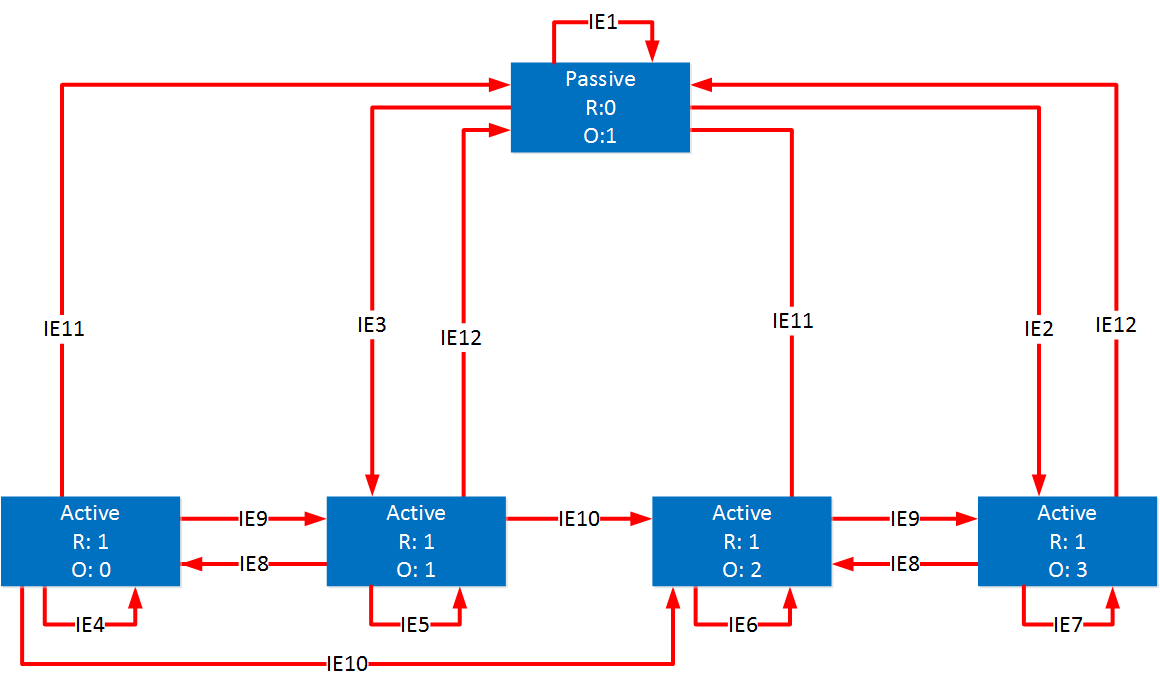 The diagram above needs some explanation. First of all, here are the acronyms:

Here are the input events that you see above:

The arrows in the diagram explain to which input events DUAL reacts to and to what state it changes. EIGRP uses the query origin flag to keep track of which state it is in.

So how does it work? Let me walk you through one possible example. Take a look at the following topology: 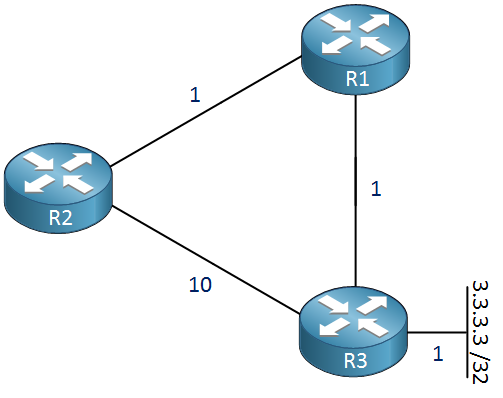 We have three routers, running EIGRP:

Suddenly, the link between R1 and R3 fails: 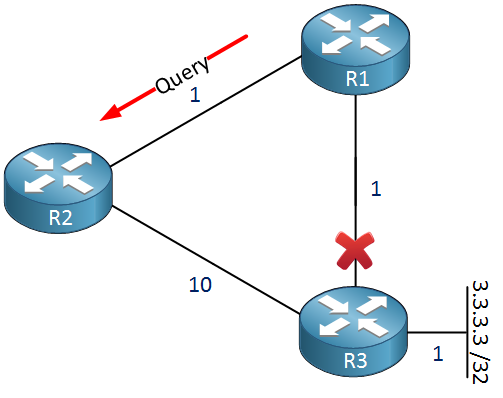 R1 will now move from the passive state into the active state for 3.3.3.3/32 and sets the distance of the route that it lost to infinite. It also sends a query with the new distance to R2. The input event is IE3 since it wasn’t triggered by a query and there is no feasible successor. R1 expects a reply from R2 so it sets its reply status flag to 1. R1 also sets the query origin flag to 1.

Once R2 receives the query, it will do a local computation. R2, however, does have a feasible successor, it’s direct path to R3. R2 will remain in the passive state and installs R3 as the new successor. R2 sends a reply to R1 with the distance of its successor route.