Cloud computing has become increasingly popular over the years. Large cloud providers like Amazon AWS, Microsoft Azure, and Google Cloud have many data centers throughout the world. Data centers are the perfect place for our servers, storage, and network devices. They offer optimal cooling, redundant power, and security.

Cloud computing has many advantages, including:

There are, however, some problems when we use cloud services for IoT:

Let me give you a real life example. Imagine we have a self-driving car with cameras and sensors that measure acceleration and deceleration.

The car continuously sends sensor data and live streams from the camera to the cloud. Suddenly, a pedestrian tries to cross the street. The car has to make a crucial decision: hit the brakes or steer to the left or right to prevent a collision.

It might take too long to send the data from our car, to the cloud, and back to the car. This is a latency problem. The car moves around so there might not be a consistent Internet connection or enough bandwidth available (downtime and bandwidth problems).

We require basic processing and temporal storage in the car, not in the cloud. 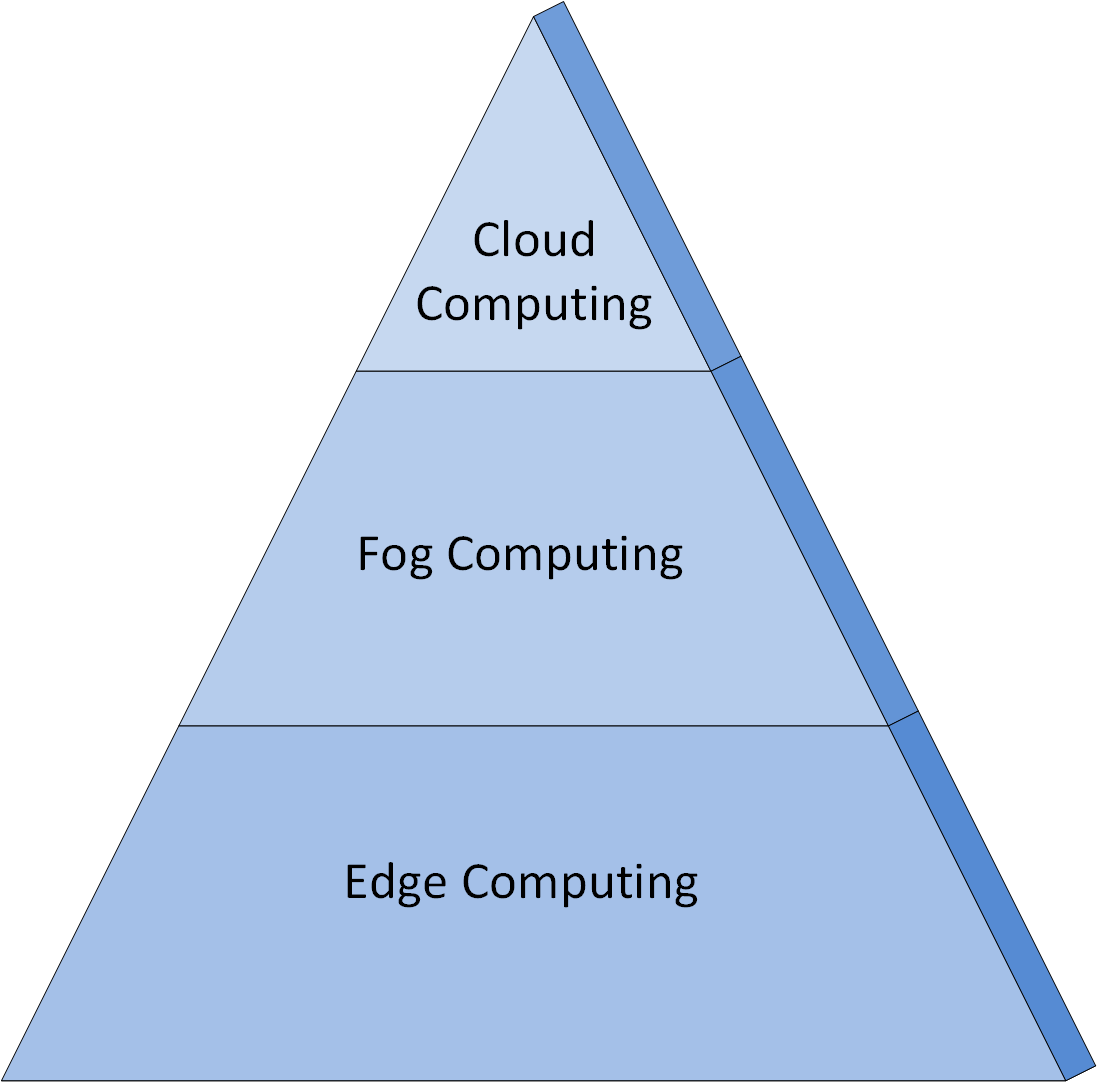 To solve these cloud problems, we can use two solutions:

Let’s look at both options.

Fog computing solves some of the cloud problems we talked about. With fog computing, we move some intelligence, compute, and storage resources from the cloud back to the local network. This allows us to locally process and analyze data in fog nodes or IoT devices. 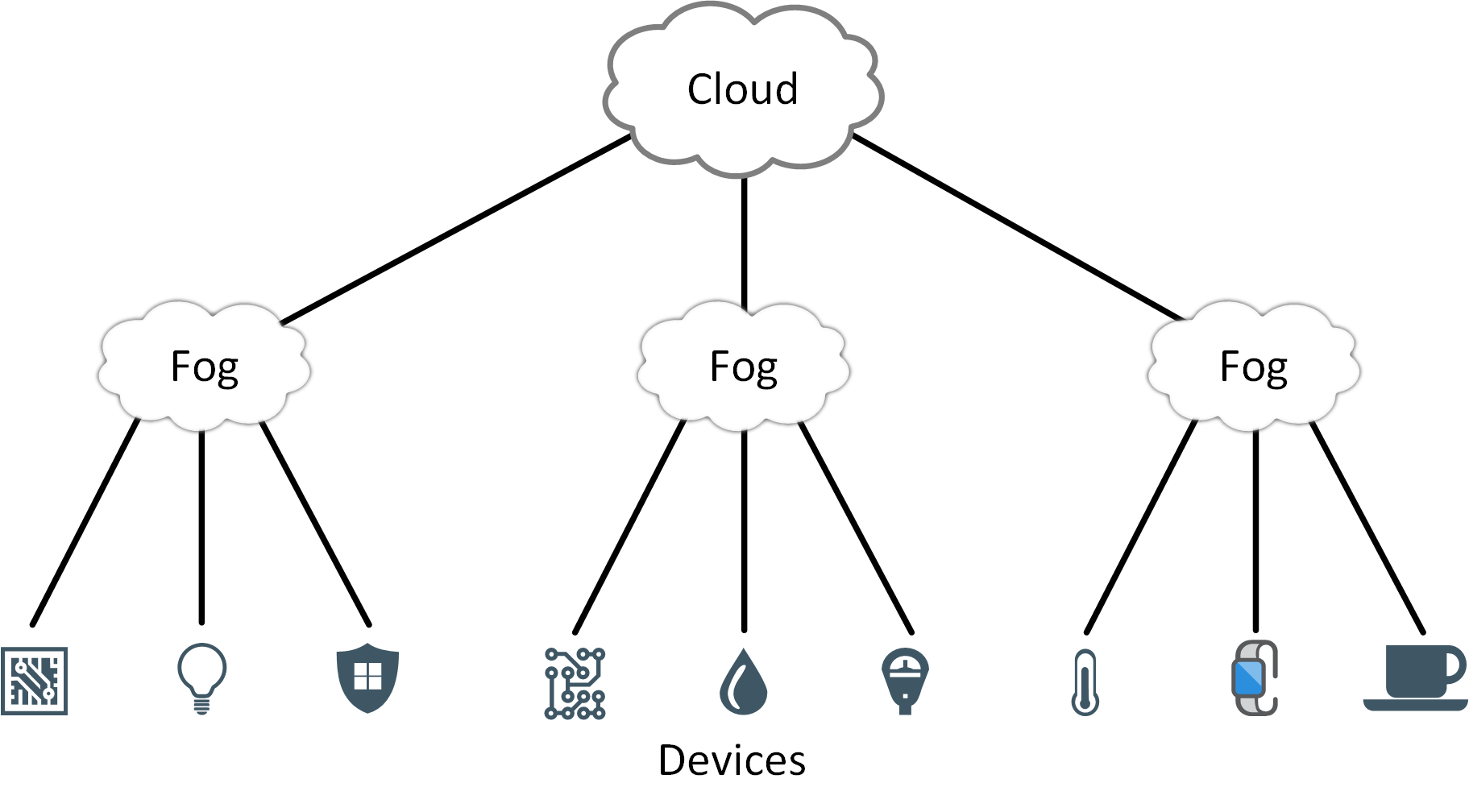 Cisco came up with the term “fog computing”. It’s called fog computing because we use it close to the “ground” (data from our devices on our local network). The cloud is the exact opposite, it’s far away from our data and devices.

How do we reduce the amount of northbound traffic?

Traditional data compression algorithms on the network layer are usually data de-duplication algorithms. They examine packets and look for patterns in incremental sizes. For example: 4 Kb, 8 Kb, 16 Kb, etc.). For each pattern, they create a signature. When the algorithm sees the same pattern again, it replaces the pattern with a signature. This reduces the size of the packet while the original payload remains the same.

We can reduce the amount of data even further through analysis. Let’s look at an example.

We can go one step further and add a level of hierarchy with fog nodes. Let’s say we have a factory with 10,000 sensors. Each fog node receives and summarizes data from 1,000 sensors so we have 10 fog nodes.

Above these 10 fog nodes, we have another fog node which receives data from the 10 fog nodes. This single fog node summarizes the data and periodically forwards the data to the cloud. The fog node also has temporary storage so that when the cloud is temporarily unavailable, we don’t lose our data.

This hierarchical setup gives us an entire view of the factory’s sensor readings while sending a minimal amount of data to the cloud.

You can also use fog nodes for translation or protocol conversion. An example is temperature conversion:

The fog node can translate sensor data in Fahrenheit and Kelvin to Celsius, then forward it to the cloud.

Below are some comparisons between cloud and fog computing. This will help to understand the differences between the two:

Fog computing has many advantages because the fog layer is close to our devices and data. We can do even better though. Our devices are still “dumb”.

100% Satisfaction Guaranteed!
You may cancel your monthly membership at any time.
No Questions Asked!
Previous Lesson
IoT Security
Next Lesson
Connect ESP32 MicroPython to AWS IoT